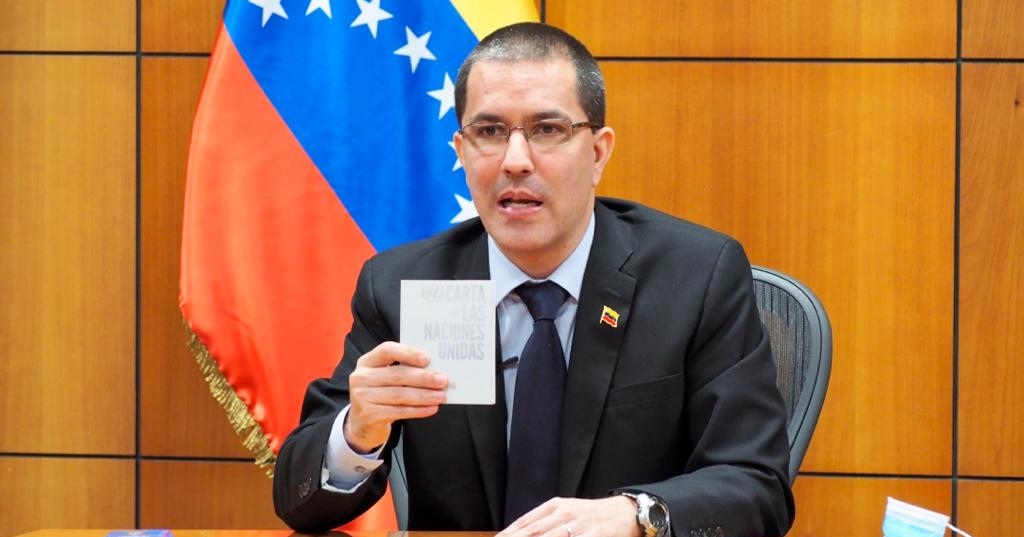 In an interview with the private television station Venevisión, the People’s Power Minister for Foreign Relations, Jorge Arreaza, specified the consequences of the unilateral coercive measures of the United States against the Venezuelan people and economy, the referral presented to the International Criminal Court, the solidarity expressed by strategic allied countries in the face of imperial aggression and the recent presidential pardon decree for opposition politicians as a gesture of the Bolivarian Government to promote national reconciliation.

The Foreign Minister stressed that the misnamed sanctions imposed by the US Government are inhumane and criminal, which is why a referral for crimes against humanity is being filed with the International Criminal Court (ICC).

He cited the book “The Art of Sanctions”, in which Richard Nephew, former adviser to President Obama on the Iran sanctions, clearly explains that they seek to impose pain on the people, with an emphasis on their vulnerable points, so that the affected government, do what the aggressor country wants or the people will rise up and remove it from power. “It is a way of coercing, a formula of domination to impose its will from pain, suffering, death, disease”, he summarized.

He estimated that because the United States has emphasized the cruelty of its measures during the COVID-19 pandemic, the economic impact must have exceeded 200 billion dollars. The blockade is “really serious, it is cruel, it is criminal and it has a fundamentally human impact. The key is to cause pain to generate discontent and provoke a political change at the will of Washington”, the diplomat insisted.

In relation to the recent presidential pardon decree, Foreign Minister Arreaza recalled that this is not the first time that freedom measures have been approved for those who have committed crimes of political violence, attempted coups and assassination, guarimbas; “Violence as an instrument to access power and not the Constitution.”

He pointed out that in favor of national reconciliation and peace, the Head of State has made more than 600 calls for dialogue since 2014 and although this has been discontinuous, because the opposition is divided and rises from the table, “we always insist on dialogue and peace in Venezuela, and that gesture by President Maduro (pardon) is so that these forces can all return to the democratic channel and we Venezuelans can decide our destiny with the vote.”

Also in the political sphere, the Minister for Foreign Affairs was questioned about the invitation letter sent to the UN and the European Union to participate as observers in the parliamentary elections on December 6, stating that this has been done in the previous elections processes because “we have an armored, transparent, auditable, inviolable electoral system that reflects the will of the people.”