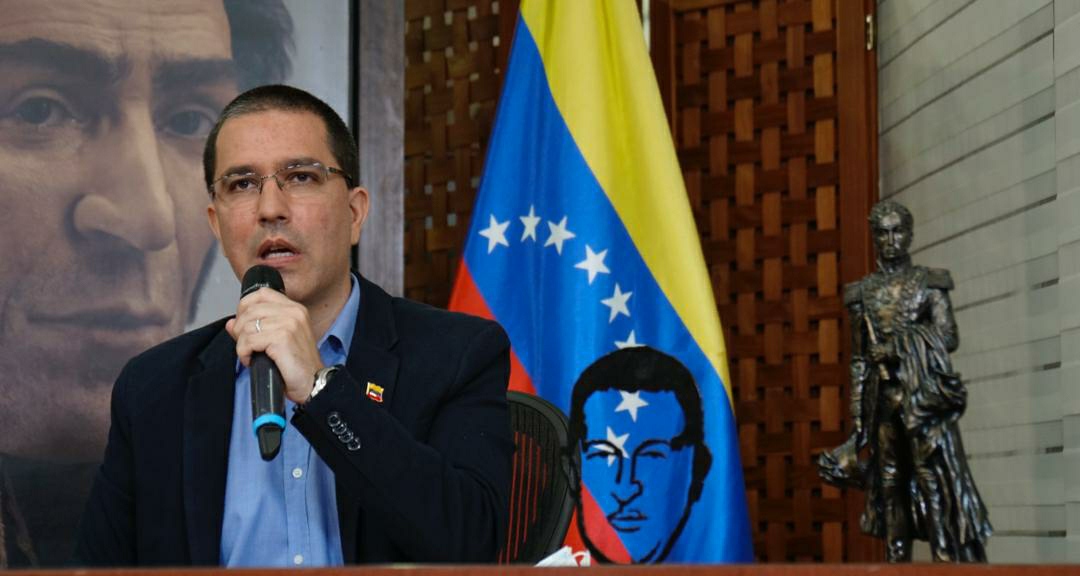 The People’s Power Minister for Foreign Relations, Jorge Arreaza, read this Sunday the first manifesto of the peoples for peace and solidarity with the Bolivarian Republic of Venezuela, during the closing ceremony of the installation of the Simón Bolívar Institute for Peace and Solidarity among the Peoples.

The document prepared by world leaders states that in Latin America one of the clearest examples of renewed capitalist aggression is the United States’ policy towards Venezuela, while being the country most affected by the pandemic in the world, has focused its efforts to exacerbate the illegal policy of threats, blockades and aggressions that affect the Venezuelan people.

“We have brought Donald Trump administration officials before the International Criminal Court. May all solidarity be expressed by supporting with legal arguments and demonstrating the crimes against humanity that the coercive measures have generated in Venezuela, just as an example, because they are also generated in Iran, Syria, Cuba, Nicaragua, Mozambique”, said the Venezuelan minister.

He also reiterated that today more than ever it is necessary to combat the maximum pressure strategy against Venezuela and what the State Department itself describes as the Monroe doctrine 2.0.

He explained that on this important date of the 205th anniversary of the Jamaica Charter, the Venezuelan people and its institutions turn to the roots of the Liberator, to his emancipatory, anti-imperialist, anti-colonialist thinking, raising their flags in favor of peace, the balance of the universe and the solidarity of peoples.

Finally, the Foreign Minister recalled that “all our struggles end up being one; we are the proletarians of the world, who have come together to achieve subverting the order that was imposed on us and build a new order of peace and solidarity.”