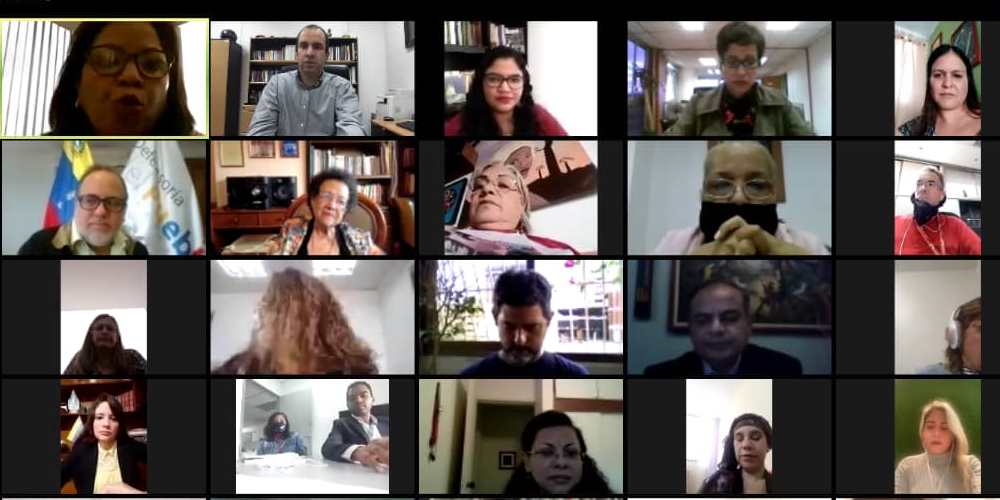 In a video conference held by more than 30 institutions of the Venezuelan State, the Government of the Bolivarian Republic of Venezuela started drafting on Thursday the 9th report that will be submitted to the committee of the United Nations in charge of supervising the implementation of the Convention on the Elimination of all Forms of Discrimination Against Women (CEDAW).

“This video conference was held on the occasion of the commemoration of the 39 years of the CEDAW, which, though it was adopted on December 18, 1979, was instituted on September 3, 1981,” stressed the Executive Secretary of the National Council for Human Rights Larry Devoe.

Devoe, Venezuelan state agent to the Human Rights International System, explained that Venezuela’s last report was submitted in 2012, and that Venezuela must update the report on the measures taken by the Government to fully guarantee women’s rights and move forward with the elimination of discrimination against women.

Venezuela ratified the Convention on the Elimination of all Forms of Discrimination Against Women (CEDAW) in 1983.

In the video conference, the Venezuelan institutions were informed that the national report on the implementation of the CEDAW will include a public consultation from September 15 to October 22 to compile the opinion of all the sectors involved.

“Venezuela is firmly moving forward with its international commitment to submitting this report to the CEDAW by putting into practice the model of participative and protagonist democracy, by calling on the feminist movement, academics, human rights activists and Afro-descendent women (…)  to contribute to the collective drafting of this report on our country’s policy on women’s rights that will also show the negative impact of unilateral coercive measures on the development of public policies, particularly those guaranteeing women’s rights in our country,” added Devoe.