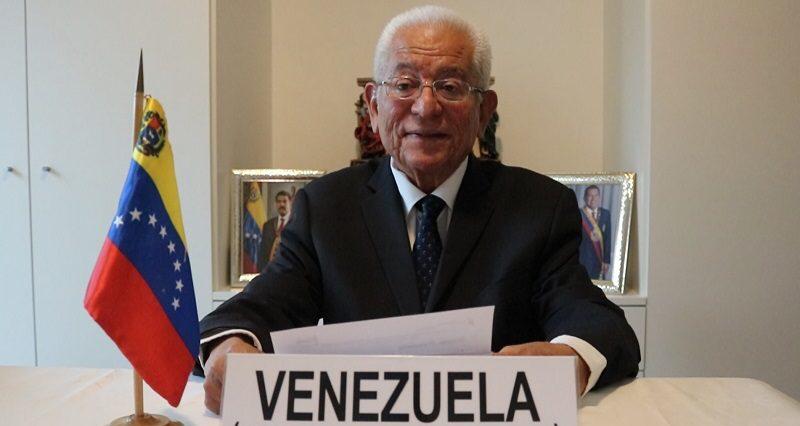 Ambassador Valero: The United States is the greatest human rights violator in the world

The ambassador of the Bolivarian Republic of Venezuela to the Human Rights Council of the United Nations (UN) in Geneva, Jorge Valero, denounced the United States as “the greatest human rights violator in the world”, during his speech in the cycle of conferences on Global Governance and Development: “The challenges and common problems of humanity today”.

The Venezuelan ambassador pointed out that the United States Government in its hegemonic effort has withdrawn, violated and failed to comply with the various world organizations, even in the face of the current COVID-19 pandemic, “The United States withdrew from the World Health Organization (WHO); it is paradoxical that the imperial government makes this decision when it is most necessary to strengthen this organization.”

On the other hand, the permanent representative of Venezuela to the UN-Geneva, pointed out that “unilateralism can only be maintained if imperialism resorts, a hypothesis not denied at all, to a new World War”, which would be of a nuclear nature, would cause millions of deaths and irreversibly harm nature.

In this context, he indicated that it is necessary to raise the banners of emancipation in a world where peace and brotherhood reign among the human species:

“We are obliged to defend and promote peace as enshrined in the Charter of the United Nations. The new international order that seeks to perpetuate imperialism is based on the use of force to maintain its hegemony, that is why it stimulates armed conflicts in the world, particularly in southern countries”, he warned.

“To achieve universal peace it is necessary to meet the 17 Goals of the 2030 Agenda for Sustainable Development and its 169 goals, taking into account the three dimensions of development: economic, social and environmental. The Bolivarian Revolution is committed to the implementation of the 2030 Agenda for Sustainable Development”, emphasized the Venezuelan diplomat.

Finally, Ambassador Valero pointed out that the path to peace is multilateralism as an approach that “is attached to our Bolivarian and Chavista government, which seeks to build an international architecture that unites the States and fosters joint responsibility for international affairs.”