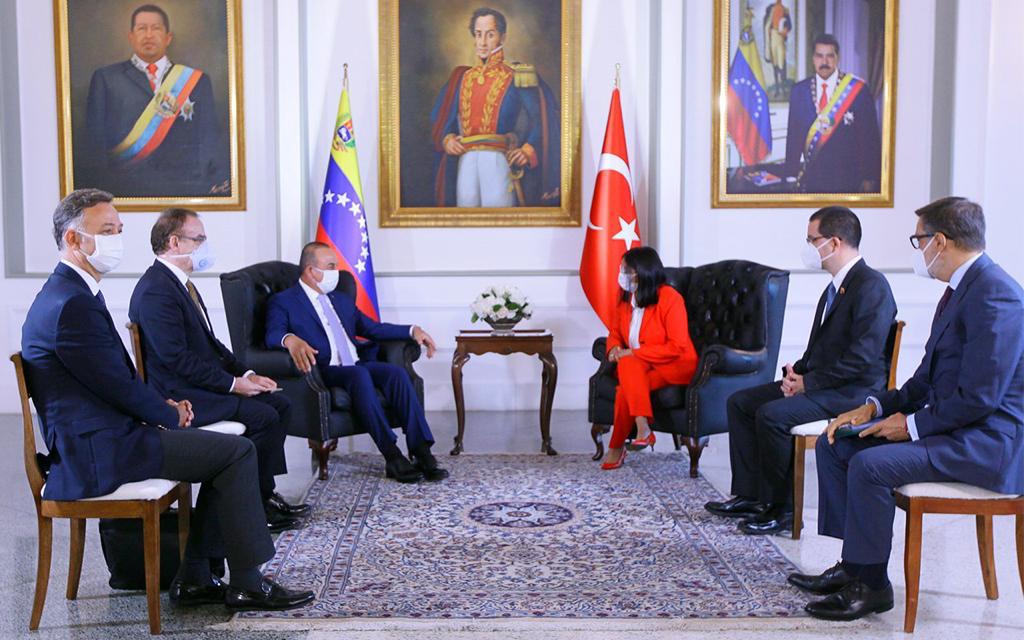 Vice-president Delcy Rodríguez held on Tuesday a meeting with Minister of Foreign Affairs of the Republic of Turkey Mevlüt Çavuşoğlu as part of the tight agenda of the official visit paid by the Turkish high-ranking official to Caracas in order to endorse agreements in different areas and strengthen the strategic alliance between the two countries.

At the meeting, they addressed the bilateral cooperation agenda and the agreements endorsed on Tuesday in areas such as university education, culture, health and housing, within the framework of the 70th anniversary of the diplomatic relations between Venezuela and Turkey. Venezuela’s Foreign Minister Jorge Arreaza also attended this meeting.

The Venezuelan and Turkish governments recently endorsed a binational trade agreement to raise economic relations to the highest level. Such an agreement was celebrated by Presidents Nicolás Maduro Moros and Recep Tayyip Erdoğan in a telephone conversation held on August 14.

On January 22, Vice-president Rodríguez held a meeting with her Turkish counterpart Fuat Oktay as part of the joint working agenda to deepen cooperation ties. On that occasion, Rodríguez also met with President of the Grand National Assembly of the Republic of Turkey Mustafa Şentop.

Mevlüt Çavuşoğlu is the second foreign minister of an strategic ally country who visits Venezuela this year after the visit paid by Foreign Minister of the Russian Federation Sergey Lavrov.