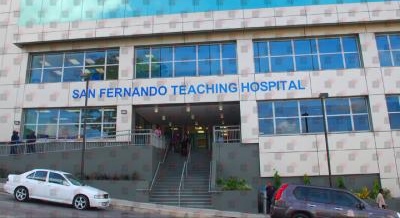 The Venezuelan Embassy in Trinidad and Tobago reported that the health of the young Venezuelan Stefani Flores Cedeño, brutally attacked on the morning of Tuesday, August 11, is progressing satisfactorily at the General Hospital of San Fernando on the Caribbean island, where her case receives the due attention on the part of the diplomatic mission accredited in that country from the moment the event became known.

During the consular visit to the hospital it was found that the 18-year-old victim, a native of the Delta Amacuro state, has been in the neighboring island nation with her family for approximately 1 year and a half. Her parents present a work permit granted by the Government of Trinidad and Tobago since 2019 and stated that they took the young woman to study English and work as a model, making commercials and photographs for local companies, categorically ruling out that the victim is involved in another type of activities, as has been associated through messages on social networks.

The governor of the Delta Amacuro state, Lizeta Hernández, contacted Ambassador Carlos Pérez, expressing her rejection and outrage at this fact.

The Venezuelan diplomatic mission maintains direct contact with the relatives and the security institutions of the Government of Trinidad and Tobago to learn about the evolution of the young victim’s case. So far, it is certain that the two subjects who committed the crime against the young woman have been captured, both of Trinidadian nationality. The family has expressed their intention to return to Venezuela, a request that will be addressed once conditions improve.

Given the repercussion of the case and the impact it has generated on public opinion, both in the Caribbean country and in other countries, the Bolivarian Government has expressed its forceful rejection to this abominable fact and the need for the Trinitarian authorities to generate all the actions necessary to ensure justice is served.