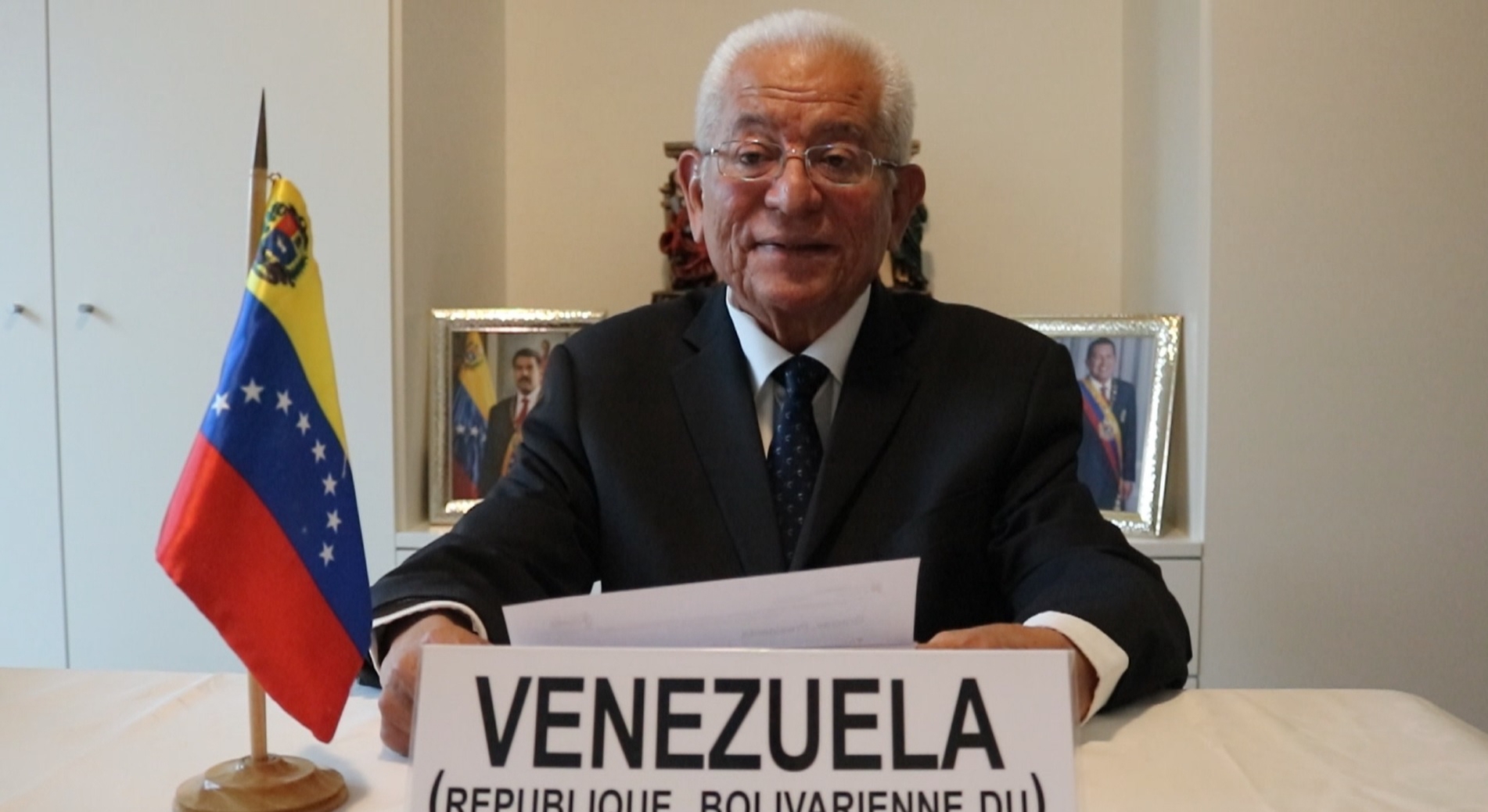 During the Plenary meeting of the United Nations Conference on Disarmament, Ambassador Jorge Valero, representative of Venezuela, in the only forum with the universal mandate to negotiate legally binding instruments on disarmament, greeted the peoples of the world who, in concert with their governments, are making the necessary efforts to reduce the damage of the COVID-19 pandemic. “Concrete and holistic measures are necessary to save the lives of millions of people,” said the Ambassador.

At the meeting, the Venezuelan representation joined with veneration for the minute of silence rendered to the victims of the Beirut explosions, in Lebanon. Events that have caused great regret among the Venezuelan people, who have an abundant community of Lebanese origin, said Ambassador Valero.

Otherwise, Venezuela celebrates the proclamation of Latin America and the Caribbean as a Zone of Peace, approved at the II Summit of the Community of Latin American and Caribbean States (Celac), in Havana, Cuba in 2014. There, all the States of the region, including Venezuela, pledged to move towards nuclear disarmament, as a priority objective and to contribute to general and complete disarmament.

The future of the Conference on Disarmament

The Bolivarian diplomat pointed out that this month marks 75 years since the United States savagely used nuclear bombs in Hiroshima and Nagasaki. The damaging and catastrophic effects of the radiation generated then are still being felt. There is no human measure to assess the pain caused by the use of these bombs. Still, there is the possibility of new and modern nuclear tests and attacks.

He asked before the Plenary, what is the role of the Conference on Disarmament in a context in which the main nuclear power in the world (the United States) systematically rejects and conditions all regulations on disarmament?

Against this background, the Representative of Venezuela pointed out that it will not be possible to create favorable conditions for disarmament, nor to establish a new era of arms control based on the collapse of the current disarmament and arms control system, which the Government of the States United wants to eradicate.

For his part, Ambassador Valero stressed that developing countries that do not have nuclear weapons are prey to terror and susceptible to political manipulation. Before this fact, the Zone of Peace in Latin America and the Caribbean is in imminent danger.

Finally, Venezuela appealed to the Member States of the Conference, which are willing to make progress based on significant binding agreements, and which address latent international security problems, including nuclear disarmament; the prevention of the arms race; negative security guarantees and the prevention of an arms race in outer space, not to give in to doctrines that promote war.