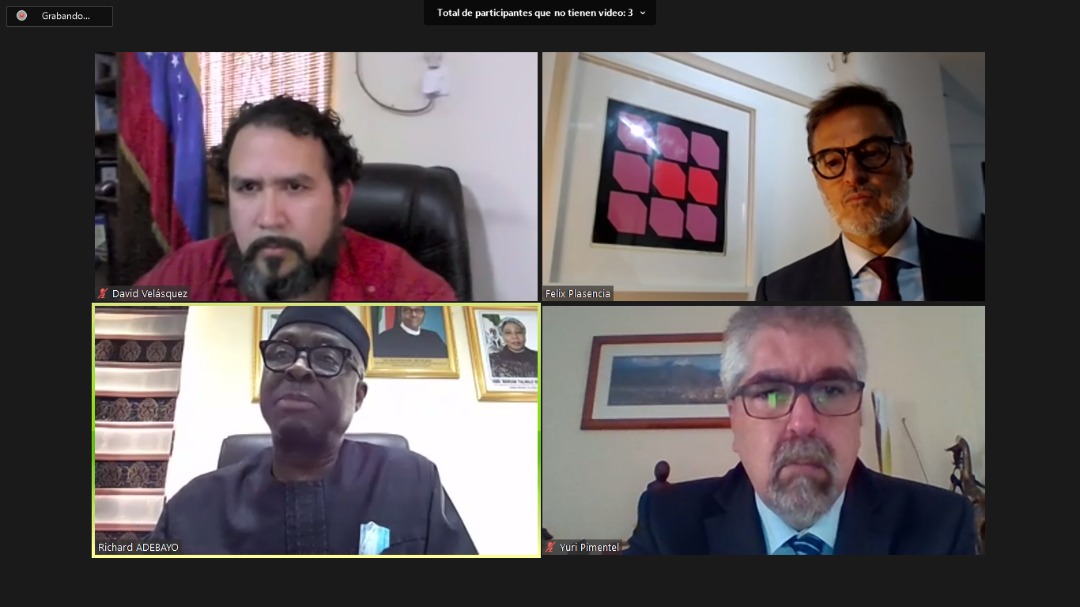 Minister of People’s Power for Tourism and Foreign Trade, Félix Plasencia, held a meeting on Tuesday with Minister of Industry, Trade and Investment, Otumba Niyi Adebayo, to review bilateral issues of common interest.

At the meeting, they discussed cooperation and mutual support in multilateral spaces and their interest in establishing a Binational Chamber of Commerce.

Minister Plasencia highlighted that the presence of Venezuelan businessmen in Nigeria and Nigerian businessmen in Venezuela points to a favorable scenario to boost and dynamize trade and investment relations between the two countries.

To Venezuela, relations with Africa are strategic within the framework of the South-South cooperation, being Nigeria one of the most important economies in the African continent with a 200 million population and representing an open door for non-traditional exports.

The two ministers agreed on a joint working agenda to foster new business meetings and other initiatives to benefit the people of both countries.