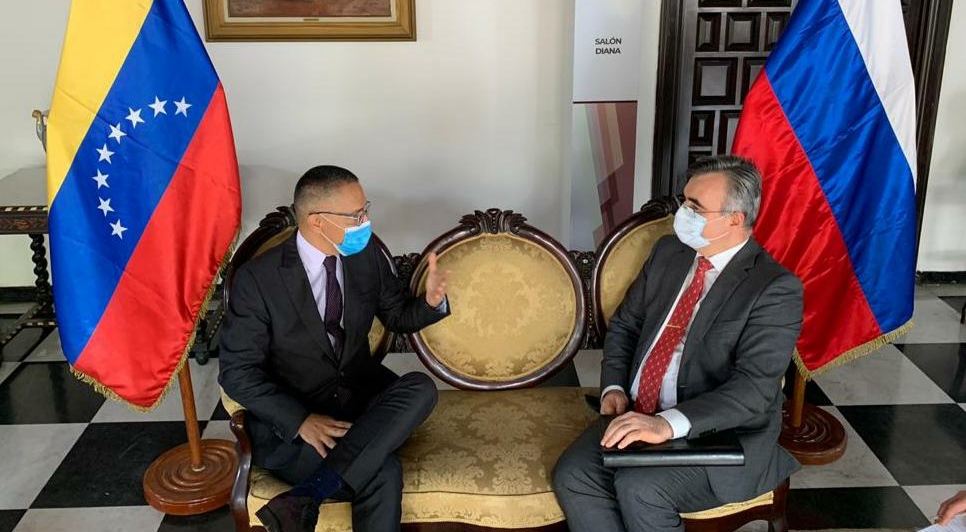 The People’s Power Minister for Culture, Ernesto Villegas, held a meeting on Tuesday with the Russian ambassador, Serguey Melik-Bargdasarov, at the Casona Cultural Aquiles Nazoa, in accordance with the respective health measures against COVID-19.

This was reported by the Head of the Culture portfolio through a message posted on his account on the social network Twitter, where he stressed that during the meeting both officials agreed on the importance of advancing in cultural exchange between both nations.

Also, Villegas expressed his deep congratulations to the Russian Government for the registration of its “Sputnik V” vaccine against COVID-19.

During a tour of the cultural venue, the minister and the ambassador were able to witness the work carried out by the Venezuelan painter Felipe García in honor of the “poet of the simplest things”, Aquiles Nazoa, for the centenary of his birth.

Last March Venezuela and Russia celebrated 75 years of diplomatic relations. Although both nations have maintained ties since 1945, it was from the arrival of the Bolivarian Revolution that the reinforcement and strengthening of ties between the two countries took place.

The bilateral cooperation between Russia and Venezuela extends in different fields, which include: education, technology, military, health and culture.

In addition, the Russian nation has become one of the main allies of the Bolivarian Government and the Venezuelan people, in the face of the imperial aggressions that our country suffers.