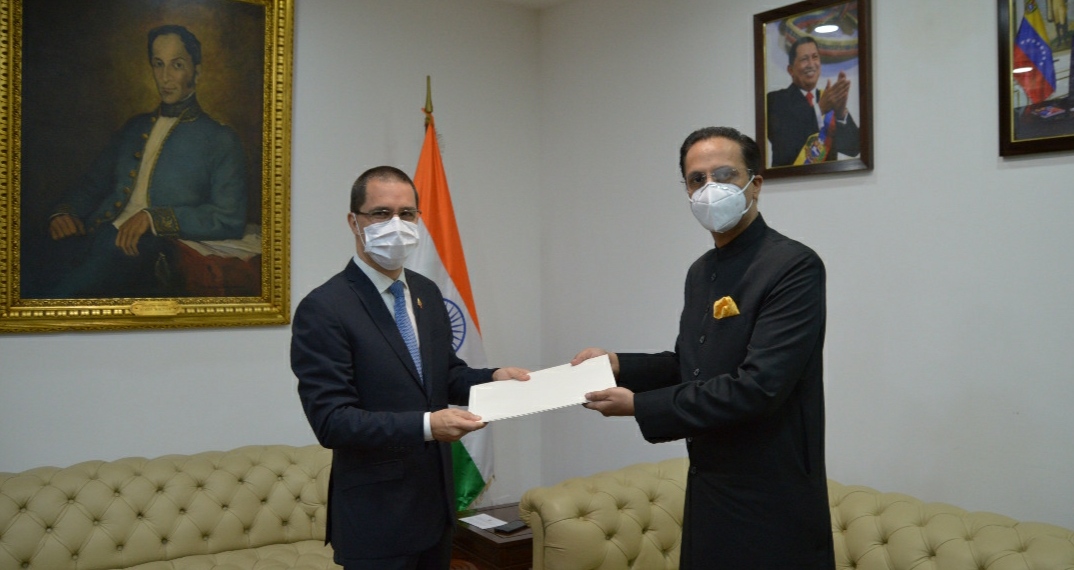 The newly-appointed Ambassador of the Republic of India Abhishek Singh handed over on Tuesday his copy of credentials to the Minister of People’s Power for Foreign Affairs Jorge Arreaza as part of the diplomatic accreditation to the Bolivarian Republic of Venezuela.

During the ceremony, the diplomats updated issues related to the friendly relation and cooperation between their countries.

Recently, Venezuelan Foreign Minister Jorge Arreaza and Ambassador Abhishek Singh held a virtual meeting on the cooperation projects brought forward by Venezuela and India for the benefit of their peoples in the energy, pharmaceutical, trade, education, cultural and alternative medicine fields.

Ambassador Abhishek Singh arrived in Venezuela on August 3. He was received by a delegation of the Ministry of People’s Power for Foreign Affairs.

On Tuesday afternoon, Ambassador Singh is expected to hand over his credentials to President Nicolás Maduro at the Miraflores Presidential Palace.