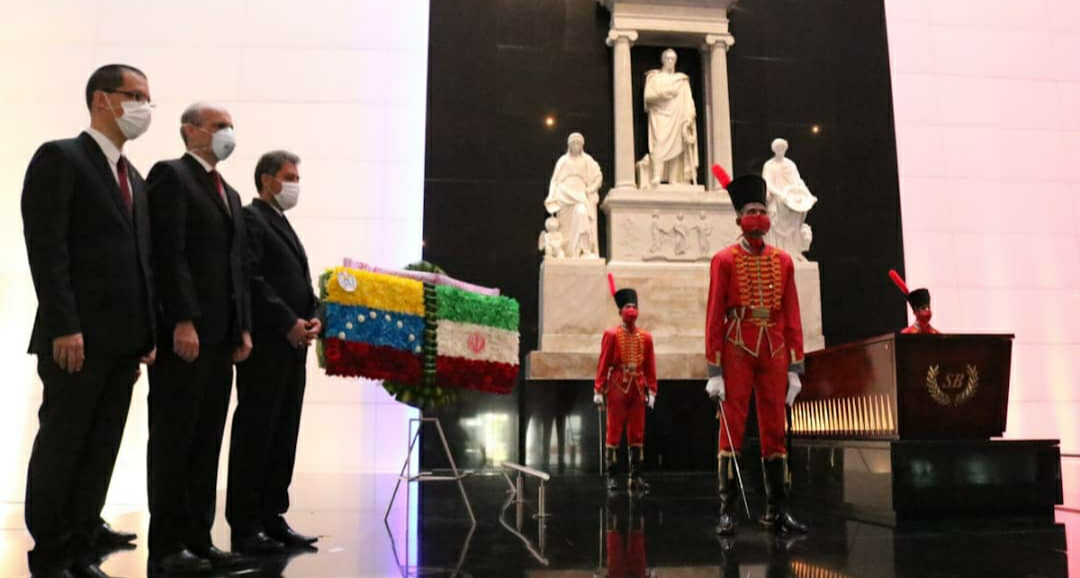 By laying a wreath to the coffin of Liberator Simón Bolívar in the National Pantheon, Caracas, the Bolivarian Republic of Venezuela and the Islamic Republic of Iran celebrated on Sunday the 70th anniversary of their diplomatic relations.

“Two brotherly peoples, two peoples based on solidarity. We have had excellent relations, especially in the last 20 years since President Hugo Chávez came to power. We can never forget these years, the projects carried out, the solidarity between the two countries,” recalled Ambassador Soltani.

Soltani also highlighted the two countries’ leaders and heads of government took on a commitment to fulfill the will of Liberator Simon Bolívar and Ayatollah Ruhollah Khomeini to establish justice, fraternity and brotherhood.

“Now it is our turn, as followers of these two leaders, to materialize the dream they had,” he said.

On the other hand, Venezuela’s Vice-president for Planning Ricardo Menéndez stressed that the two countries are developing a new level of cooperation, which will be strengthened by the 9th Joint Commission, specifically in the scientific and technological areas, aimed at solving COVID-19 related issues, “finding solutions in the health and food security areas, and expanding investments mechanisms in Venezuela” as a response to the economic blockade faced by the two countries.

“This relation is characterized by its anti-imperialist nature, without any hegemonic factor. That’s why ours is a South-South relation (…) We are commemorating these 70 years, but especially the strategic vision of geopolitics proposed by our country, geopolitics of peace and integration to improve the standard of living of our peoples,” said Menéndez.

“When they have tried to block our country, Iran has been there for us, challenging the imperial blockade and invoking the solidarity-based, brotherly relation between our countries.”