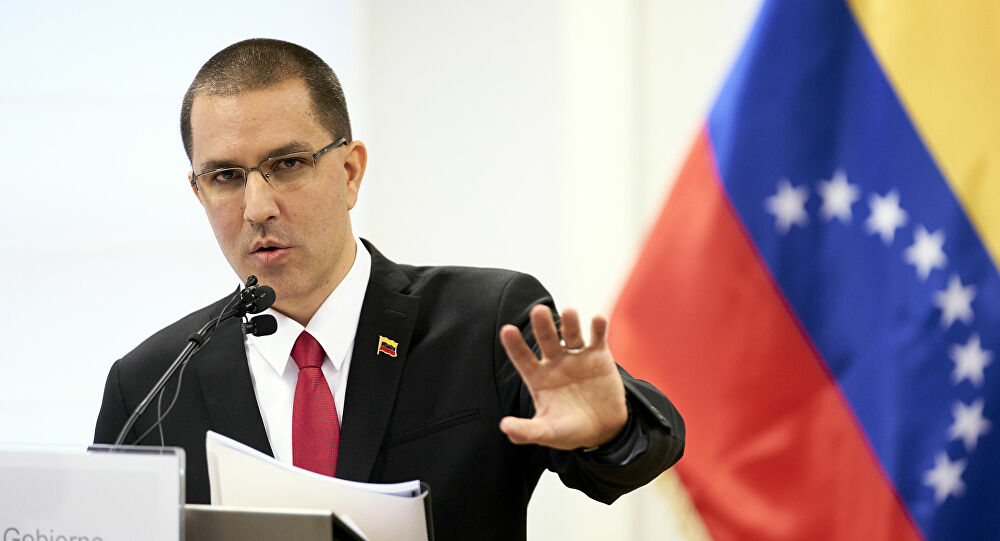 After Washington’s meddling and unilateralist announcement imposing unilateral coercive measures on Zimbabwe, Minister of People’s Power for Foreign Affairs of the Bolivarian Republic of Venezuela Jorge Arreaza expressed his solidarity with the African people and Government as he rejected and described these measures as “illegal, arbitrary and inhumane.”

“From Venezuelan we reject the illegal, arbitrary, and inhumane Unilateral Coercive Measures (sanctions) that Washington imposes on the people of Zimbabwe in the midst of the pandemic. We express our solidarity to its people and government, certain that their dignity will not be bent,” posted the Venezuelan foreign minister on his Twitter account @jaarreaza.

In his message, Arreaza bashed the “diplomacy” of the Donald Trump administration for violating the most elemental cooperation agreements in the midst of the COVID-19 sanitary crisis.

Arreaza’s statement came after Zimbabwe’s Ministry of Foreign Affairs and International Trade posted messages on its Twitter account @MoFA_ZW to respond to this new attack by describing it as genocidal and out of step with reality.

“In our view that policy is retrogressive, misguided and unproductive,” reads one of the messages.  “Zimbabwe hopes the US will realize the futility of its sanctions policy,” reads a second one.

In the last two years, the White House has stepped up sanctions against this country’s citizens and companies, and has accused the Government of holding unreliable elections in 2018.

However, Zimbabwe’s authorities insist they seek “friendship and cooperation with all,” including the United States.