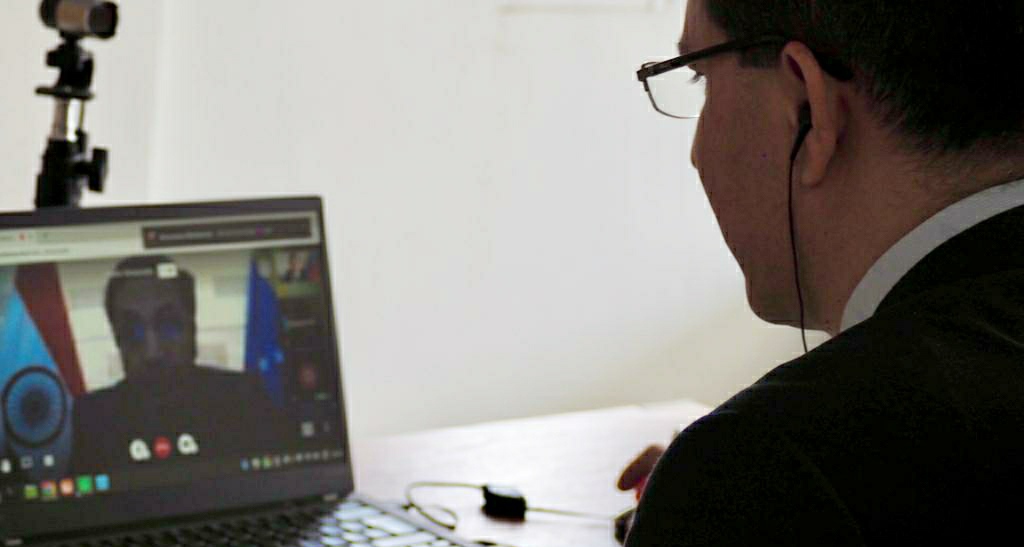 On behalf of the Bolivarian Government, Minister of People’s Power for Foreign Affairs Jorge Arreaza officially greeted and welcomed on Thursday new Ambassador of the Republic of India Abhishek Singh.

In a video conference, the Venezuelan foreign minister and the Indian ambassador reviewed the cooperation projects between their countries in the energy, pharmaceutical, trade, education, cultural and alternative medicine fields.

In 2016, he was Counsellor/Political Officer at the Permanent Mission of India to the UN New York. He also served as Deputy Chief of Mission in the Embassy of India to the Federal Republic of Germany from August 2016 to December 2017.

Ambassador Abhishek Singh arrived in Venezuela on August 3. He was received by a delegation of the Ministry of People’s Power for Foreign Affairs.

The Republic of India and the Bolivarian Republic of Venezuela established friendly and trade cooperation ties in 1959. Their bilateral diplomatic relations have been characterized by cordiality, complementarity and respect for the self-determination of the peoples, and they have been strengthened since the Bolivarian Revolution took office.