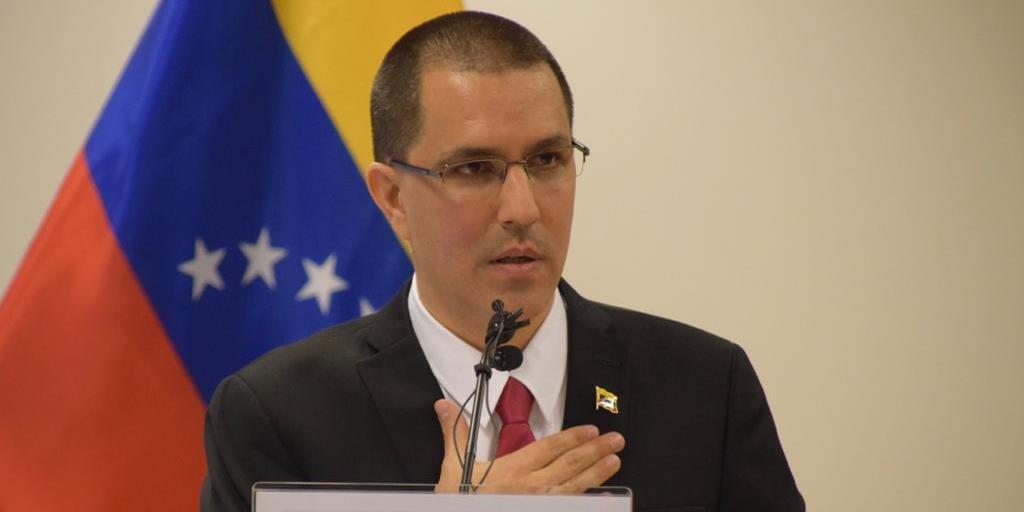 Foreign Minister Jorge Arreaza: ‘Looting of Consulate in Bogotá is the consequence of attacks from Colombia against Venezuela’

In an interview with Colombian radio station Radio W on Wednesday, Minister of People’s Power for Foreign Affairs Jorge Arreaza affirmed that the recent acts of vandalism and looting against the Venezuelan Consulate in Bogotá are the consequence of systematic attacks from Colombian territory against Venezuelan.

“It was not a robbery; it was a dismantling with malice, viciousness, and with the intention of destroying the headquarters of a very busy and dynamic consulate,” complained the Venezuelan diplomat after referring to the deterioration of the bilateral relations in recent years.

Likewise, he informed that a letter of protest was sent to the Colombian Ministry of Foreign Affairs, but no response has been received.

Arreaza lamented the situation as with the former Colombian government, he held multiple conversations with Foreign Minister María Ángela Holguín, and added that the current Colombian government’s refusal and inaction “will serve to illustrate what should not be done in diplomacy and international relations.”

In that same vein, he recalled Venezuela’s decision to file a complaint to the UN Secretary-General António Guterres for the violation of articles 22 and 45 of the Vienna Convention.

“International diplomatic relations are ruled by the UN, the only organization that embraces us all. It is always pertinent that the secretary-general is aware of any problems or differences there could be,” added the Venezuelan foreign minister.

Regarding the necessary cooperation actions, yet to be carried out, on the Colombia-Venezuelan border in the face of COVID-19, Arreaza said that when the pandemic began, the Bolivarian Government offered the possibility of resuming consular relations with Colombia.

“President Nicolás Maduro, despite attacks, offered to resume consular relations with Colombia (…) We are facing a situation with Venezuelan and Colombian migrants. I hope we could coordinate with Colombian sanitary authorities, coordinate healthcare for those Venezuelans on the border who want to return, to do tests on them and avoid the irregular crossing of Venezuelan migrants,” explained Arreaza.

Furthermore, he said: “If today I receive a note verbale from the Colombian Ministry of Foreign Affairs greeting us for the first time since Duque took office and opening up the possibility of conversing so that our relations could be restored at some level, we are willing to collaborate and cooperate in that regard.”

The Venezuelan foreign minister noted that when there are not diplomatic relations between countries, a communiqué can work as a note verbale.