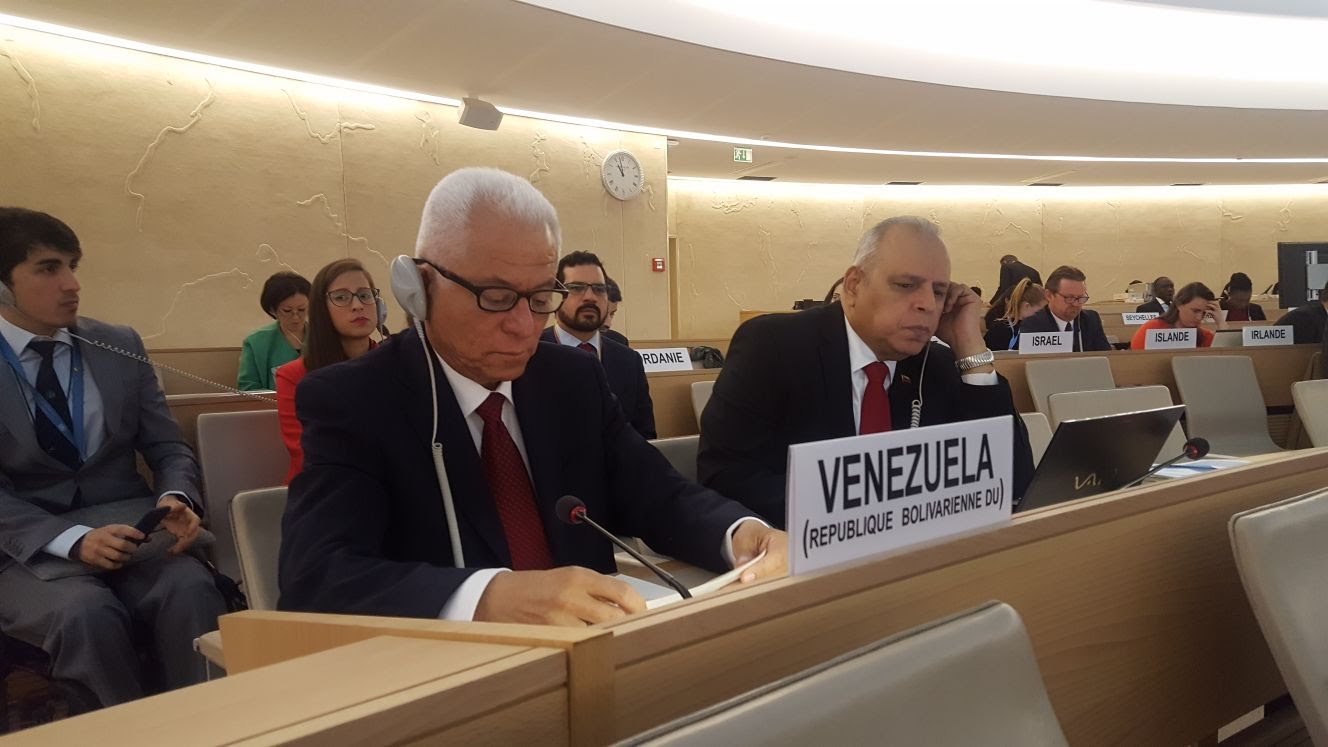 Venezuela condemns at UN in Geneva servile position of European Union and satellite countries of U.S. in Latin America

Permanent Representative of the Bolivarian Republic of Venezuela to the UN in Geneva Jorge Valero condemned on Wednesday the “servile position to the empire” assumed by the countries of the Lima Group and described as “shameful” that governments of the European Union (EU) kneel before the Donald Trump’s administration.

“We reply to the reduced group of government that do not abandon their meddling aspirations against our participative and protagonist democracy,” said the Venezuelan ambassador.

Valero complained that the “servile position to the U.S. empire” assumed by some countries of the region has turned them into actors that try to destabilize Venezuela’s democratic institutions by supporting foreign incursions, terrorism and sabotage against basic services to create chaos and justify a foreign invasion.

About the EU countries, he stressed that they emulate the erratic policies of aggression of the Donald Trump administration against Venezuela and support the imposition of unilateral coercive measures that cause the death of Venezuelan people.

The Venezuelan permanent representative to the UN in Geneva also denounced that these governments want to sabotage the parliamentary elections, to be held on December 6, by not recognizing the legitimate appointment of Venezuela’s National Electoral Council.

“The Venezuelan people will teach them a new lesson of dignity and democratic spirit,” stressed Valero.