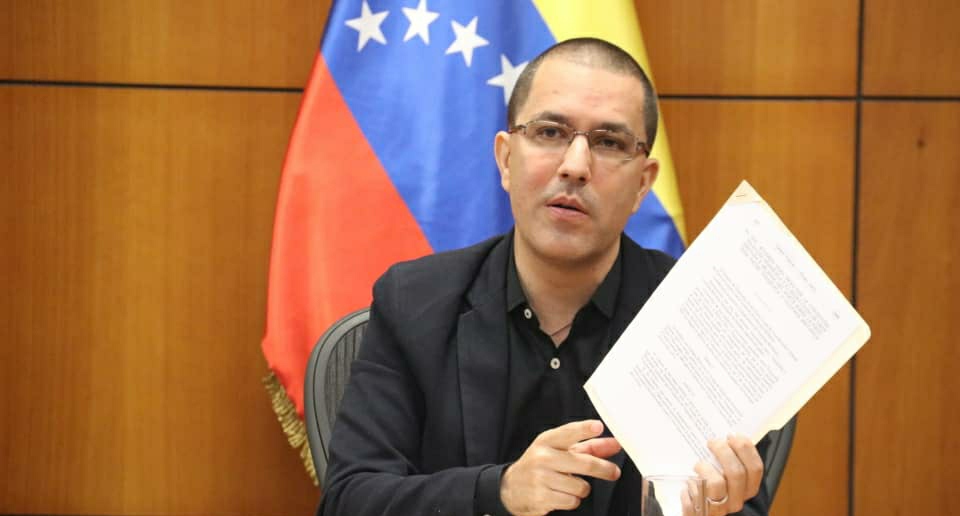 “Venezuela will defend until the last moment, by any legal means, its legitimate right over this territory,” asserted on Thursday, July 9, Minister of People’s Power for Foreign Affairs Jorge Arreaza on the controversy over the Essequibo territory illegally taken to the International Court of Justice (ICJ) by the Government of the Cooperative Republic of Guyana.

In an interview with the Red Radio Venezuela news portal, the Venezuelan diplomat also urged the Government of the South American country to go back to the negotiating table to reach a practical, reasonable agreement, as established by the Geneva Agreement, endorsed in 1966 by the Bolivarian Republic of Venezuela, the United Kingdom and the colony of British Guiana, today the Cooperative Republic of Guyana, through the United Nations.

In this regard, he quoted Article 33 of the UN Charter, which states: “The parties to any dispute, the continuance of which is likely to endanger the maintenance of international peace and security, shall, first of all, seek a solution by negotiation, enquiry, mediation, conciliation, arbitration, judicial settlement, resort to regional agencies or arrangements, or other peaceful means of their own choice.”

Foreign Minister Arreaza highlighted that, while the Geneva Agreement grants Guyana the administration of this territory, this country should not grant concessions to companies; on the contrary, the Venezuelan government should be consulted in advance as agreed.

“This does not have a unilateral solution (…) We need to sit down and achieve a mutually satisfactory solution,” he stressed.

Regarding the ruling issued in the United Kingdom on the gold the Central Bank of Venezuela (BCV) has in the Bank of England vaults, Arreaza reiterated that the UK Government maintains diplomatic relations with the Government of President Nicolás Maduro, and said that ruling out the factual elements in the ruling is an absurd strategy.

“A commercial judge has issued a ruling that is atrocious from the legal point of view, but we will request an appeal. It is a terrible precedent for the Bank of England. What government is going to deposit its resources there? The legal safety of the British financial system has been weakened,” he stressed.

The Venezuelan foreign minister also urged the authorities of the United Kingdom not to get involved and to ensure decisions are made according to international law, the Venezuelan law and the British law, not according to ideological affinities.

In a different vein, Arreaza stressed that during his recent visit to the Russian Federation on the celebration of Victory Day his Russian counterpart Sergey Lavrov gave a brief overview of Russia’s clinical trials to develop treatments and a vaccine against COVID-19.

“Tomorrow, Russia will make a presentation to Latin America on some treatments. We are in permanent contact with Russia’s Health Ministry. Of course, we defend multilateralism. Everything Russia and China do must be validated by the World Health Organization (WHO). It must be validated so that any treatment or vaccine could be used,” he explained.