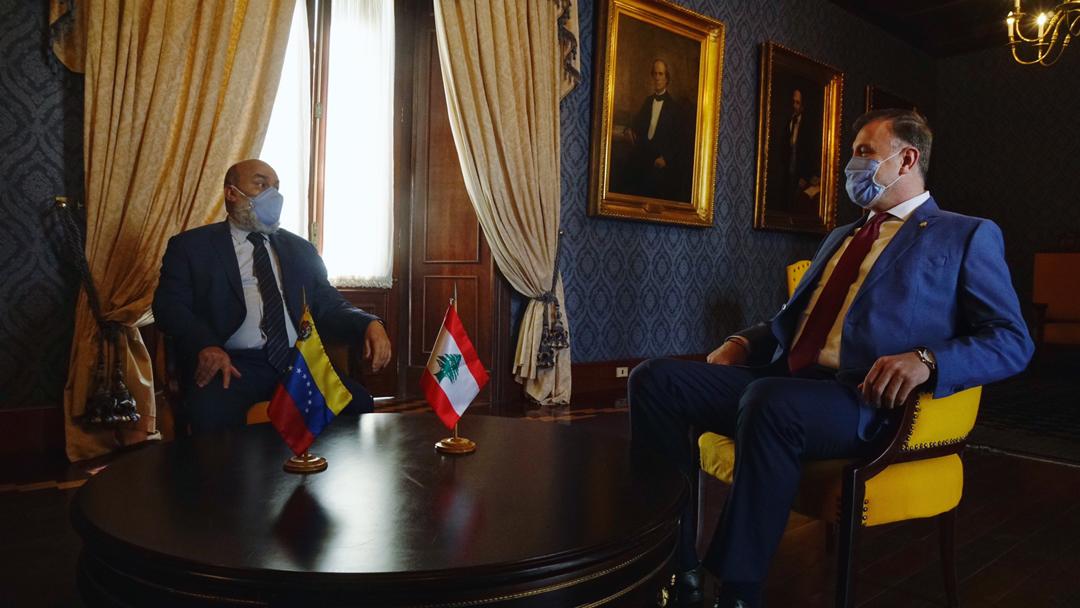 Vice-minister for Asia, the Middle East and Oceania Rubén Darío Molina held a meeting on Wednesday with Ambassador of the Republic of Lebanon to the Bolivarian Republic of Venezuela Elias Lebbo in Casa Amarilla, headquarters of the Venezuelan Foreign Affairs Ministry.

In the meeting, the two diplomats addressed the bilateral relations and cooperation between the two countries and other international issues.

The diplomatic relations between Venezuela and Lebanon date back to 1946, and they have been strengthened in recent years thanks to the Bolivarian Revolution and its Diplomacy of Peace.

In April 2019, Minister of People’s Power for Foreign Affairs Jorge Arreaza visited the Republic of Lebanon and held a meeting with President Michel Aoun in Beirut in order to strengthen the historical and cultural ties between the two nations.