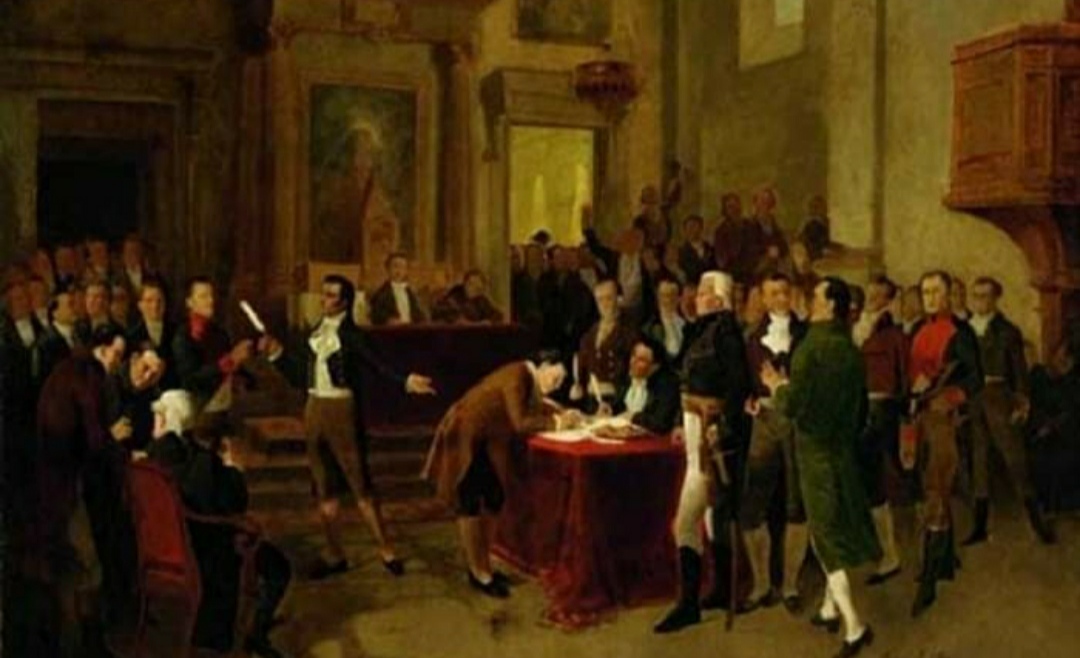 Over the centuries, the chains of oppression in Venezuela have taken different shapes, and so have the processes that produce them. While July 5 put an end to the Spanish monarchy’s rule, the current Venezuelan bourgeoise, which emerged after 1830, is still hindering the dreams of our Liberator.

“We, therefore, in the name and by the will and authority which we hold from the virtuous people of Venezuela, do declare solemnly to the world, that its United Provinces are, and ought to be, from this day, by act and right, Free, Sovereign, and Independent States; and that they are absolved from every submission and dependence on the Throne of Spain, or on those who do, or may call themselves, its Agents and Representatives; and that a free and independent State, thus constituted, has full power to take that form of Government which may be conformable to the general will of the People, to declare war, make peace, form alliances, regulate treaties of commerce, limits, and navigation; and to do and transact every act, in like manner as other free and independent States. And that this, our solemn Declaration, may be held valid, firm, and durable, we hereby pledge our lives, fortunes, and the sacred tie of our national honor,” reads an excerpt from the Act that declared the independence of Venezuela from the Spanish yoke.

In the Act of Independence, Venezuela established the principles of equality among its citizens, the abolition of censorship and freedom of expression.

The Act enshrined the constitutional principle and radically opposed the political, cultural and social practices that had been imposed for 300 years of colonial regime in America. Up to July 5, 1811, the highest and undisputable authority of Venezuela was the King of Spain, to whom local lackeys swore loyalty and respect.

Just like in the past, meddling attacks by foreign agents, supported by the domestic right-wing, against the Venezuelan state, aim to bring down a democratic model fostered by the Bolivarian Revolution, seeking to guarantee the independence and self-determination of the people.

“Let’s unite to become freer, more independent and sovereign every day. Socially and politically, this prevents the development of the U.S. imperial and neocolonizing agenda. Let’s not forget that the empire, over our history, has managed to keep us divided to weaken us and, finally, dominate us,” wrote the leader of the Bolivarian Revolution Hugo Chávez in his “The Lines of Chávez” column in 2010.

This antiimperialist doctrine is still in force in Venezuela under the government headed by President Nicolás Maduro, who, after the constant attacks of the U.S. government and the Venezuelan right-wing, has highlighted the leading role of men and women comprising the National Bolivarian Armed Force (FANB) to protect the country.

“With the army and the people united, we achieved victory. We managed to get rid of colonialism. We managed to get rid of obscurantism, of imperial slavery (…) When we have been united, nobody has been able to stop us. Let’s keep on moving forward, Venezuela, because we can!” said the Venezuelan president in an event to commemorate the 198th anniversary of the Battle of Carabobo and Day of the Bolivarian Army.

209 years after July 5, 1811, when the Congress of Venezuela declared the absolute independence of the nation after debating the separation from the Spanish monarchy for 3 consecutive days, Venezuelans celebrate the rebirth of their independence struggle with revolutionary projects honoring the commitment to equality, freedom and brotherhood signed by our heroes to give way to the country’s sovereignty.

The struggle for independence continues, 209 years after its declaration, owing to the need to understand history, not as it is traditionally or conventionally known, but from the analysis and the development of social awareness that will lead us to our full independence.