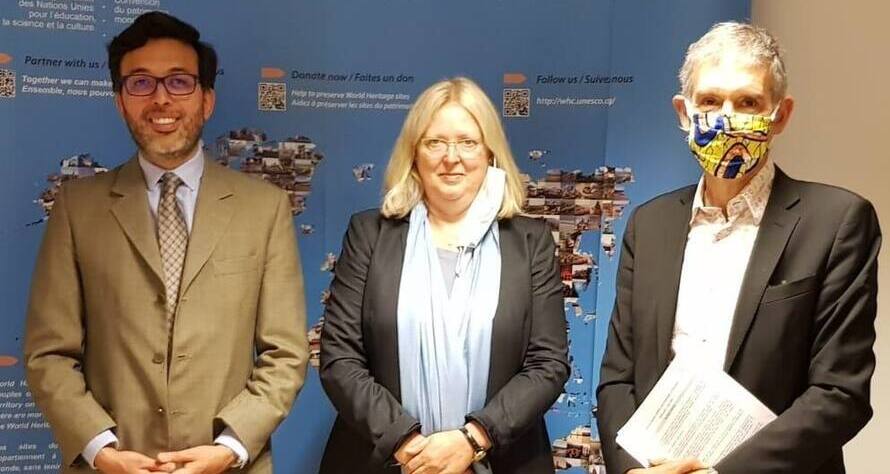 The Director of the World Heritage Center held a bilateral meeting, on July 1, with the Ambassador and Permanent Delegate of the Bolivarian Republic of Venezuela to the United Nations Educational, Scientific and Cultural Organization (Unesco) to coordinate the joint actions that could be taken in relation to the state of conservation of the University City of Caracas in the framework of cooperation between Unesco and the State Party.

During the meeting, Unesco received information on the important actions carried out by the State Party to ensure the conservation of the registered property after the damages suffered by a roofed corridor in the University City. The State Party also confirmed that all necessary measures are being taken and that a detailed technical report is in the process of being prepared for its transmission to Unesco.

Unesco expressed its willingness to support the State Party through the existing mechanisms and modalities of assistance and technical cooperation, in accordance with the procedures established by the World Heritage Convention. The World Heritage Center will maintain close communication in this regard with the State Party through official channels and national institutions responsible for World Heritage. The meeting has concluded fruitfully, reiterating the excellent collaboration between Unesco and the Venezuelan authorities to keep cooperating on issues related to the protection of World Heritage.