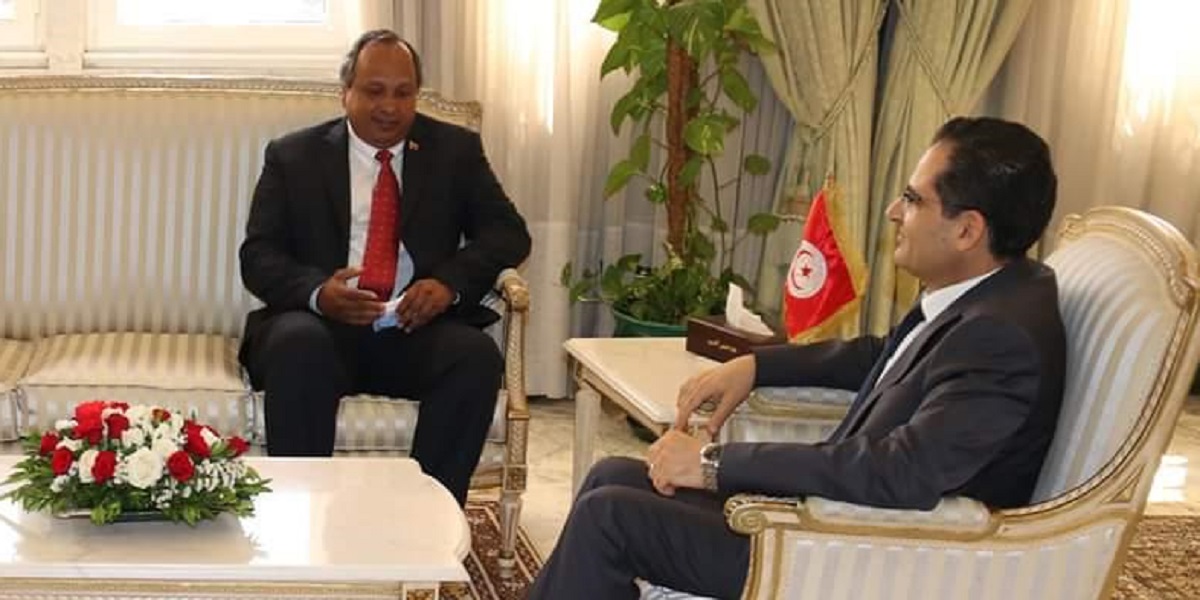 During the meeting, the diplomats exchanged information regarding the COVID-19 pandemic and highlighted the good management of the two countries to combat the global health crisis.

The Venezuelan ambassador thanked the Tunisian government for its position on the United Nations Security Council, regarding the constant attacks carried out by the US government against Venezuela. In this regard, the Tunisian Foreign Minister reaffirmed his country’s position of principles, in defense of international law.

Diplomats also addressed the Palestine question, agreeing on the firm condemnation of the criminal Israeli occupation of Palestinian territory and the need to strengthen solidarity and the joint defense of Palestinian rights over their territories.

Finally, a review of the bilateral agenda was made and it was agreed to channel the routes so that they materialize in concrete projects for the benefit of both peoples, for which they reiterated the interest of Tunisia and Venezuela in consolidating the relations of friendship and cooperation between the two Brother countries.