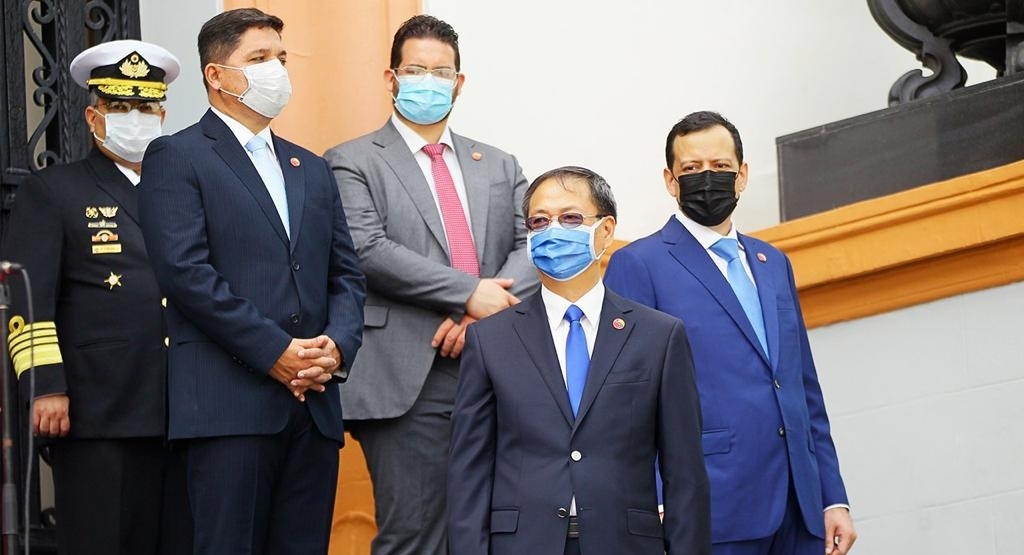 “Today in Venezuela the thought and legacy of the great Liberator continues, guiding the Venezuelan people in their defense of the homeland. Today in China the name of the Liberator and his glorious feats are still alive in the memory and heart of the Chinese people”, said Baorong.

Likewise, the Ambassador praised that in the mandate of Commander Hugo Chávez an accelerated and fruitful development in friendly relations of cooperation were achieved, “and in recent years, after assuming President Nicolás Maduro, we have managed to consolidate the comprehensive strategic partnership China-Venezuela for mutual benefit.”

China and Venezuela united against COVID-19

Li Baorong stressed that in these crucial moments that the peoples of the world are experiencing, China and Venezuela remain united, supporting each other, focusing on the interests of the peoples, highlighting, in turn, the efforts and achievements of the National Government in the fight against the COVID-19 pandemic.

“Today the world is undergoing great changes and the pandemic is threatening the life and security of all humanity”, he said.

He also reaffirmed the Asian Giant’s support for Venezuela in the defense of peace, sovereignty, and in the fight against hegemony and unilateralism.

“Both parties attend this new anniversary to work and implement the important consensuses reached by President Xi Jinping and President Nicolás Maduro, in union to achieve victory against the pandemic and deepen cooperation”, said the ambassador of the People’s Republic of China.

This act took place in the National Pantheon, where the Executive Vice-president of the Republic Delcy Rodríguez and the Chinese Ambassador to Venezuela paid a wreath before the sarcophagus that guards the mortal remains of the Liberator and Father of the homeland, Simón Bolívar.