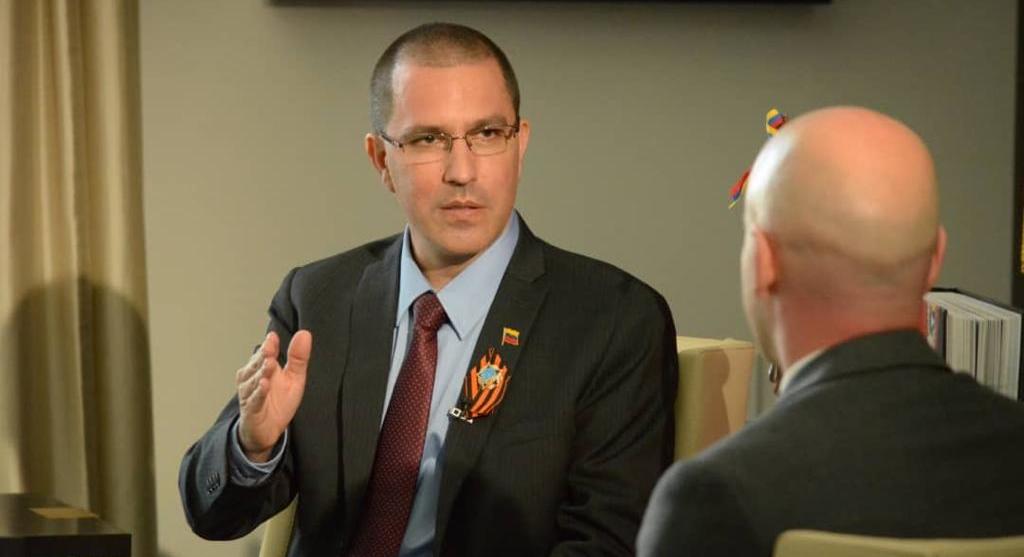 Venezuela and Russia converge in defense of the United Nations Charter

The People’s Power Minister for Foreign Relations, Jorge Arreaza, in an interview with the Russian24 media, on Thursday appreciated the respect of the Russian Federation for the sovereignty of the Bolivarian Republic of Venezuela and its contributions to mitigate the effects of the illegal unilateral coercive measures imposed by the United States Government on the Venezuelan State.

“We have always had Russia, she respects Venezuela’s international law, its sovereignty. And not only that, specifically, she has contributed to the growth not only of international alliances, but also to overcoming the blockade imposed by the United States”, he said from Moscow.

During the interview, the Venezuela-Russia strategic alliance and the meeting with his Russian counterpart, Sergey Lavrov, were part of the key topics to discuss. Regarding the first one, he said that it was a comprehensive alliance that, despite the difficulties of recent years, has been growing, and deepening the economic, commercial, political, and energetical aspects.

Similarly, he said that thanks to Russia, China, Cuba, and other allied countries, Venezuela has been able to circumvent that illegal, arbitrary and criminal regime of sanctions imposed by the White House.

U.S.A. takes off its mask

The book -not yet published- by former United States National Security Adviser John Bolton, titled The Room Where It Happened: A White House Memoir, was another item to discuss.

He denounced that “with Bolton’s book, US imperialism takes off its mask, its ambition. Because its objective is oil, it is to have control over natural resources. They do not care about the Venezuelan people, nor about the supposed ‘humanitarian crisis’, all of them are just excuses for taking control.”

He noted that it is clear who is behind the attacks on Venezuela. “It is a chain of command from Donald Trump and his cabinet, members of Congress, to Juan Guaidó, to take over the government, economy, and Venezuela’s natural resources.”

However, he reiterated the will of President Nicolás Maduro to meet with the US president, if necessary.

“From the first day of the presidency [President Maduro] told Trump‘ we have differences, there will be differences, but it is precisely the different who have to dialogue, who have to meet to work and build coincidences”, he recalled.

The Venezuelan Foreign Minister also expressed his pleasure and emotion after attending the military parade commemorating the 75th anniversary of the victory in the Great Patriotic War.

“Very exciting to see the veterans, with their uniforms and medals. 75 years ago in the heart of the Soviet Union, the great Russian muscle brought peace to humanity (…) They managed to defeat fascism, Nacism. 27 million women and men who gave their lives for the freedom of the world”, said the Venezuelan foreign minister, while asserting that after 75 years, Russia continues in search of world peace.