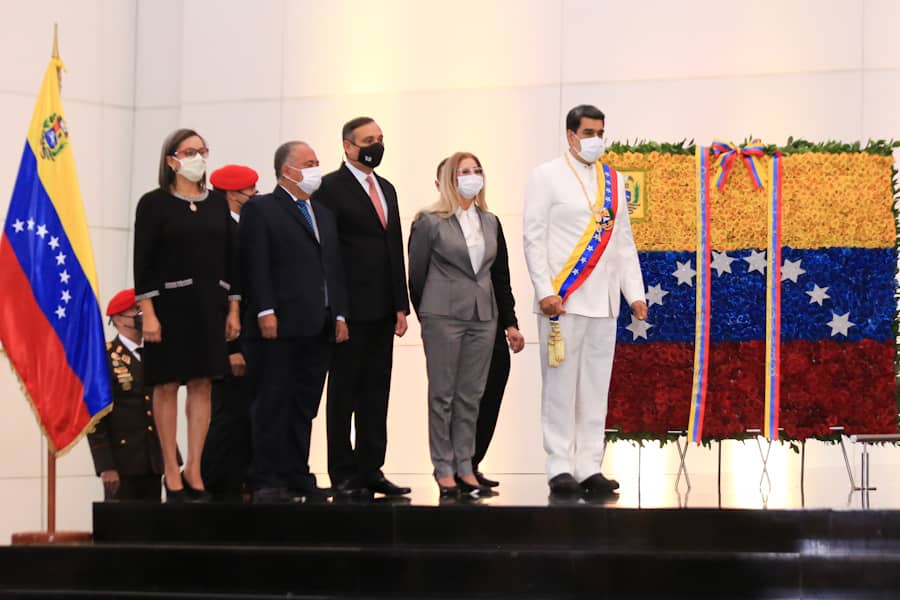 “199 years ago, Venezuela buried the Spanish imperial rule forever, and our Liberator left a sacred command that Venezuela will never again be under the rule of empires trying to dominate it, to bring it down to its knees,” asserted President of the Bolivarian Republic of Venezuela Nicolás Maduro Moros.

The Venezuelan president made these statements during the commemoration of the 199th anniversary of the Battle of Carabobo and Day of the Bolivarian Army held at the National Pantheon, in Caracas, where the remains of Simón Bolívar, the Father of the Homeland, rest.

At the commemoration, he stressed that this heroic deed was “an inevitable process of independence, dignity and break with the declining Spanish empire, a process that cannot be stopped by foreign armies or lies, an unrepeatable, unique foundational process.”

In this regard, he pointed out that this deed allowed for the foundation of a national individual, the development of a nationalist character and identity, “deeply rooted in the people’s being. Our character originated from the resistance to slavery, colonialism and the Spanish and European barbarism against America.”

200 years ago, Carabobo gave rise to a process of articulation of political, military, social, spiritual, moral, and constitutional forces for the freedom and independence of Venezuela and America.