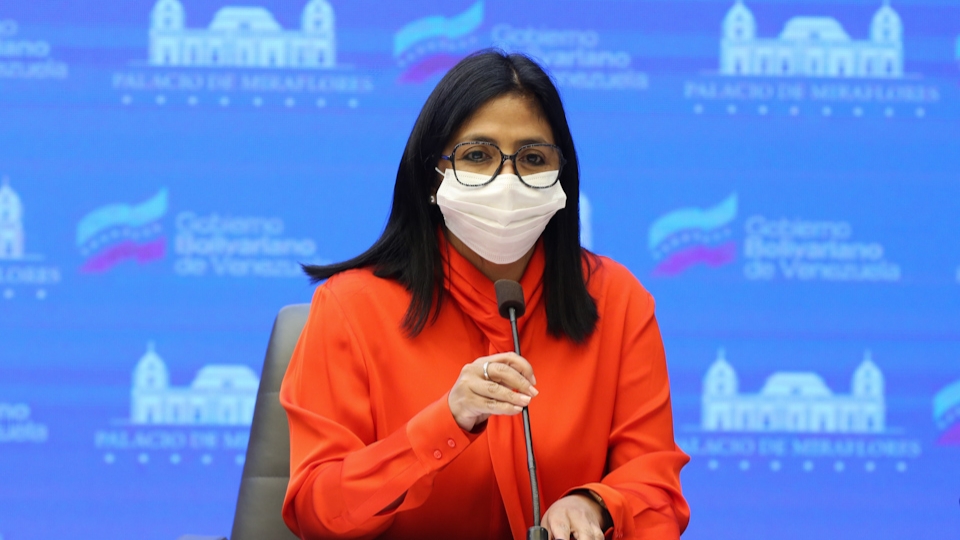 “Venezuela need to know that we have registered 106 new cases due to community transmission; 77 of these cases were detected in the hotspot in Maracaibo, Zulia State; 11 cases in Miranda State, 7 in the Capital District, 2 in Nueva Esparta State, 1 in Monagas State, 3 in Sucre State, 4 in Apure and 1 in Bolívar,” she said.

Rodríguez said that 99.34% of these patients are receiving free medical care in the National Health Public System, 2,360 patients in sentinel hospitals, 543 in Comprehensive Diagnosis Centers and 19 in private clinics.

The Venezuelan vice-president also reported the death of 3 Venezuelans, 2 men from Zulia States and 1 woman from Bolívar State for a total of 33 deaths due to COVID-19 in Venezuela.

Rodríguez urged the Venezuelan people to immediately go to healthcare centers “to early detect symptoms (…) before the disease evolves or worsens.”

Venezuela has conducted massive testing via house-to-house visits to detect COVID-9 cases. So far, 1,129,176 tests have been done throughout the country, a number representing 37,639 tests per 1 million population.

The Venezuelan vice-president said that a COVID-19 exponential growth is occurring in South America. “So far, 73% of all cases in Venezuela” are imported from neighboring countries.

Today, 60,370 Venezuelans have returned from Colombia, Chile, Ecuador, Brazil, Peru and other countries of the region, fleeing discrimination by neoliberal government that underestimate the lethality of the virus.