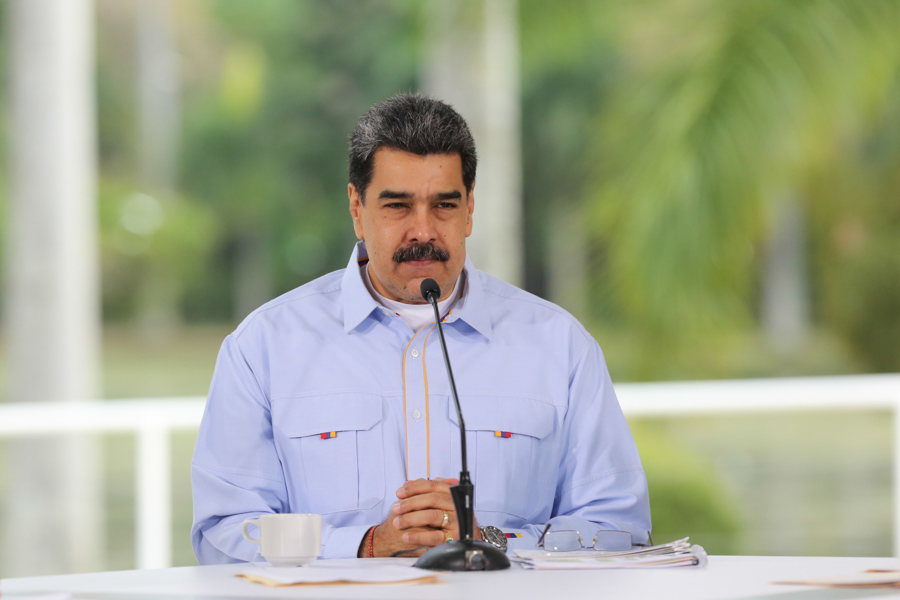 In the last 24 hours, 236 positive cases of COVID-19 have been detected in Venezuela, of which 159 correspond to community transmission, 72 are imported and 5 by international contact, reported the President of the Republic, Nicolás Maduro.

During a productive work day carried out in Fuerte Tiuna, he explained that of the 159 community cases, 67% (132) correspond to the Las Pulgas Market in Maracaibo, Zulia state, a source of contagion that has caused 8 deaths to date.

Regarding imported infections, the Head of State indicated that 56 came from Colombia (29 entered through Zulia and 27 through Táchira) and 16 from Brazil through Bolívar state.

The president also reported that the death rate rose to 28, after registering the death of a 41-year-old man, a resident of Los Frailes de Catia, Capital District.

Until today, Venezuela registers 3,386 positive cases of COVID-19, of which more than 80% are imported, as a result of the reverse migration that has been fleeing from Colombia, Chile, Ecuador, Brazil and Peru, countries where Venezuelans suffer discrimination, persecution and the neglect of neoliberal governments.

The new coronavirus already exceeds the barrier of the 8,389,495 infected in the world and 450,397 people have lost the battle against the disease, the United States being the epicenter of contagion with 2,233,111 affected.