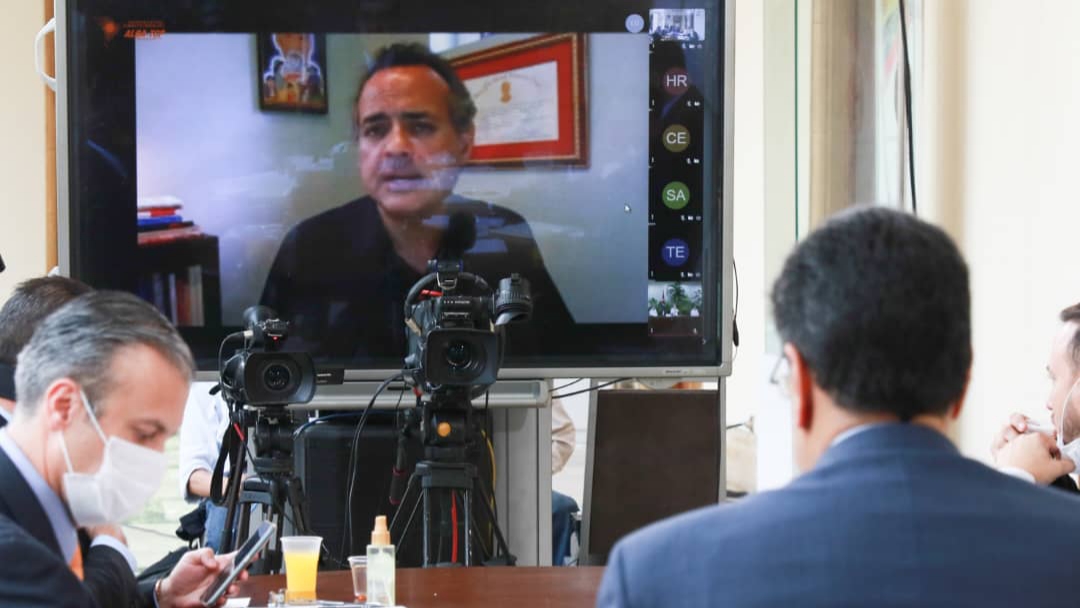 During his speech at the High Level Conference: Post Pandemic Economy at ALBA-TCP held on June 10, Vijay Prashad, director of the Tricontinental Institute for Social Research, set out a 10-point agenda for the developing world after COVID- 19.

Among the first points, Prashad highlighted the need for a plan for structural transformation of the system, an alternative to the new world economic order that will emerge after the current capitalist system is exiled.

“This neoliberal orientation deepened the crisis and led us to this dead end for human possibilities. It is for this reason that developing countries need to build a clear alternative to the capitalist path”, said the also American historian, while exhorting the alliance to promote this agenda within the NAM and return to the UN General Assembly for a new resolution on the International Economic Order.

During his speech, he highlighted the importance of the global fight against the pandemic, as well as the need to strengthen health internationalism, nationalize the public health system, abandon the subsidy for private medical care, train health personnel and invest in agro-industrial sovereignty and the universal distribution of food for the people.

“Developing countries must lead by offering a robust defense of the public sector, not only for the production of key goods and services (medicines and food), but also for everything essential to modern life: more public housing, more public transportation, more public WiFi and more public education”, he said.

He insisted that the pandemic demonstrated that the private sector is not capable of responding to human needs.

Other aspects exposed by the intellectual were: the increase of income to the richest, the control of capital by the State, the implementation of regional financial and commercial exchange mechanisms without the existence of the dollar.

“The dollar has become a weapon to undermine development. It is necessary to dust off alternative payment systems such as Sucre and create new global financial institutions to facilitate electronic transfers”, he said.

Prashad ended his intervention, highlighting the need to strengthen public action and central power, through mechanisms of participation and central planning, as well as the nationalization and control by the State of the essential resources of the countries.

Without leaving aside the increase in local self-government and cooperative production, as well as popular associations and unions, in order to allow an increasingly democratic social life.