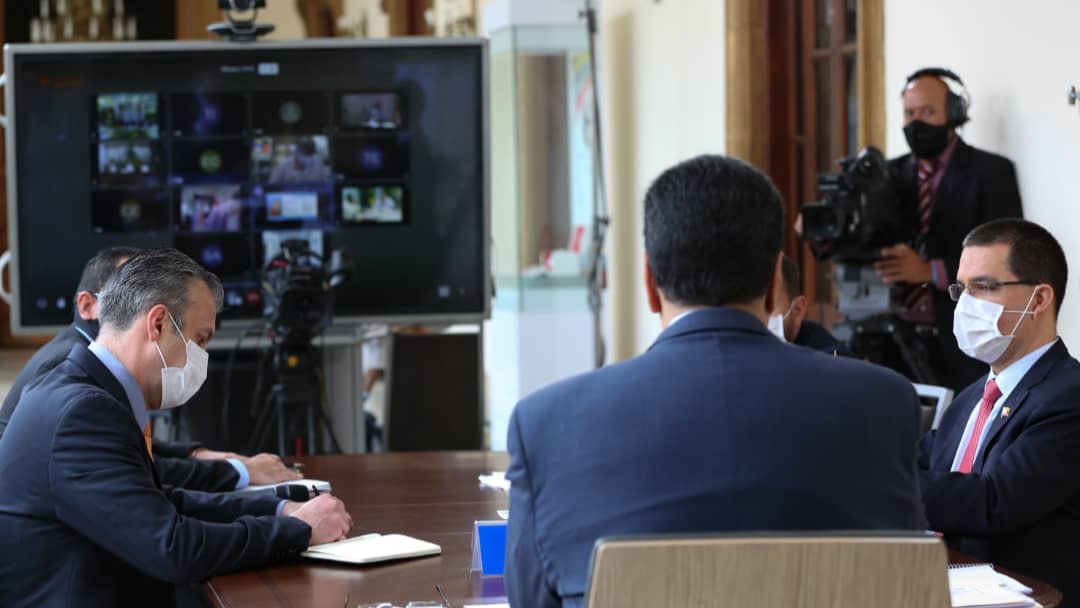 Saint Kitts and Nevis before ALBA-TCP: In difficult times we have the Caribbean Republics

“In difficult times, in times of crisis we have the Caribbean Republics, we have genuine friends like our those from the Republic of Cuba and the Bolivarian Republic of Venezuela”.

This was expressed by the representative of Saint Kitts and Nevis, Lionel Sydney Osborne, who added that is working to recover the economy, which has been affected by the pandemic.

Osborne, urged to keep strengthening the Bolivarian Alliance for the Peoples of Our America – People’s Trade Treaty (ALBA-TCP), for the union and growth of the hemisphere, and thus reinforce projects and ideas for recovery of the post pandemic economy.

The President of the Bolivarian Republic of Venezuela, Nicolás Maduro, ratified his congratulations to the people of Saint Kitts and Nevis, for the electoral victory on June 5, where Timothy Harris was re-elected as Prime Minister of the Caribbean country.

“I take this opportunity to ratify the congratulations for the overwhelming electoral victory of the Prime Minister, Timothy Harris, congratulations to the people for that demonstration in the midst of the pandemic, keeping the sanitary measures, keeping the social distancing and the people of Saint Kitts and Nevis came out to vote and took their decision”, he stressed.

The Head of Sstate added that this alliance is the vanguard in union of the peoples of Latin America and the Caribbean.

“ALBA has doctrine, it has a beginning, it has programs, it has leadership, it has strength, ALBA has reason, will and strength”, he stressed during his speech at the High-Level Conference: “The Post-Pandemic Economy in ALBA-TCP”.