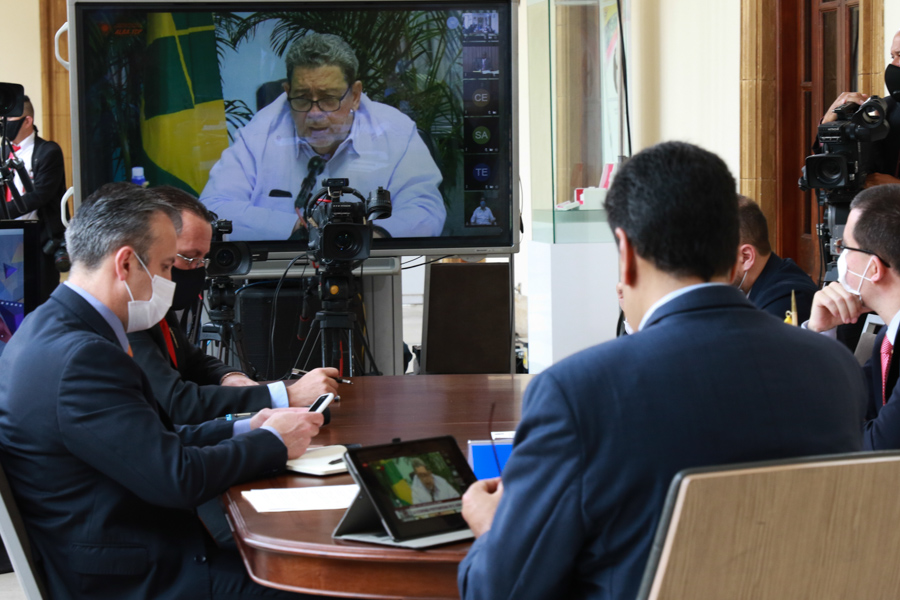 The importance of strengthening the bonds of brotherhood, solidarity and complementarity between the Latin American and Caribbean nations to “seek a new meaning in this period”, was part of what the Prime Minister of Saint Vincent and the Grenadines, Ralph Gonsalves, highlighted in his speech, during the economic conference of the Bolivarian Alliance for the Peoples of Our America – People’s Trade Treaty (ALBA-TCP) held this June 10.

In this context, the Prime Minister took the opportunity to highlight the purpose of analyzing strategies to revitalize the post-pandemic economy in the face of the emergence of COVID-19, “facts that should strengthen the union between the countries that make up the Bolivarian Alliance to face any challenge in this socioeconomic disorder that we are going through worldwide”.

At the high-level conference, he also repudiated the different destabilizing attacks maneuvered by the United States against nations such as Cuba and Venezuela, which continue to overcome challenges in defense of the sovereignty of both peoples.

He highlighted the performance of these two Caribbean nations in facing a neoliberal government like that of the United States, and correspondingly, he urged to remember the fundamental role they play in overcoming any coup attack that seeks to destabilize their development.

Likewise, the dignitary urged Latin American and Caribbean nations to be optimistic and not to decline in the midst of the terrorist maneuvers commanded by the American empire, “because as brother countries it is essential to continue consolidating traditional cooperation in different areas”.

He pointed out as an important element, working with the dispossessed – emphasizing the racial contradiction that the United States is going through – and in this way, working with the progressive forces in such a historic moment of great significance.