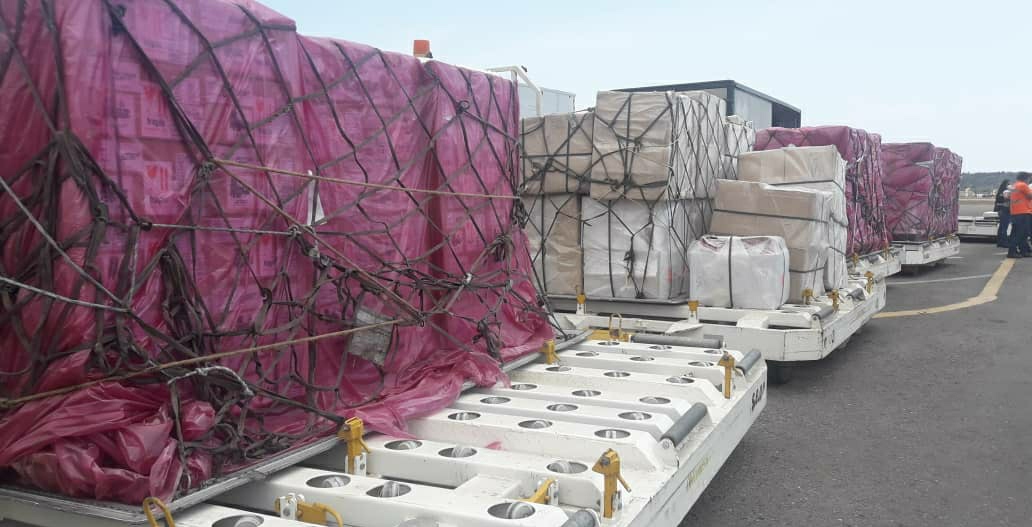 This Monday, a donation of test kits for the detection of COVID-19 and medical supplies from the Islamic Republic of Iran arrived in the Bolivarian Republic of Venezuela; as well as a delegation for cooperation between both nations in the framework of strategic peace relations.

This was reported by the Vice-president of Planning and President of the Iran-Venezuela High Level Commission, Ricardo Menéndez, who was accompanied by the Ambassador of the Islamic Republic of Iran in Venezuela, Hojjatollah Soltani, in Maiquetía, La Guaira state.

Vice-president Menéndez highlighted Venezuela’s thanks to Iran, for its bravery in energy cooperation that has allowed the arrival of gasoline ships and different inputs of productive cooperation to face unilateral measures that have sought to affect Venezuela.

“The President of the Bolivarian Republic of Venezuela warned that he will visit Iran to embrace the Iranian people for their solidarity and courage in a scheme that has been precisely the commercialization of gasoline for our country, affected by unilateral sanctions by the United States”, he said.

He also mentioned that Iran and Venezuela maintain a broad framework of cooperation between the two countries in different areas such as energy, hydrocarbons, industrial development, housing and food.

He stressed that “cooperation in scientific matters has been incorporated, specifically in the area of ​​research towards COVID-19”.

Finally, the Minister of Planning asserted that this is an issue of broad strategic importance for the construction of a Geopolitics of Peace, as opposed to the imperialist vision, to the unilateral coercive measures imposed by the United States government.

For his part, the Ambassador of the Islamic Republic of Iran in Venezuela, Hojjatollah Soltani, affirmed that for them it is a pride to stand by the Government and revolutionary people of Venezuela and to strengthen the areas of cooperation.

In this sense, he stressed that:

“today we are seeing the arrival of these materials to strengthen the fight against the coronavirus in Venezuela, demonstrating that while others try to sanction us, Iran, Venezuela and other revolutionary peoples of the world strengthen our solidarity and cooperation”.