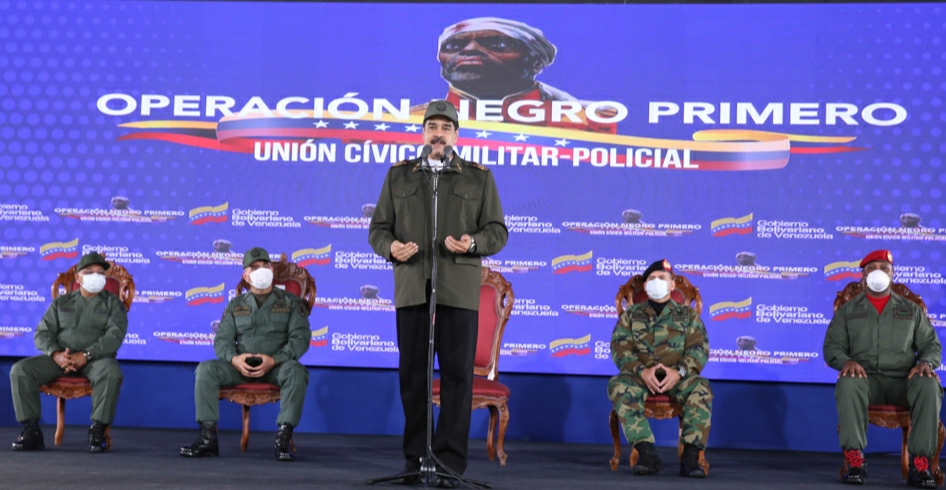 President Nicolás Maduro referred Wednesday to the order issued by the Donald Trump administration to deploy the U.S. army in the streets “to slaughter the U.S. people,” who are only demanding equality.

“From Venezuela, on behalf of our people, I extend our words of solidarity with the family of George Floyd, the U.S. African American community and the U.S. people and youth who are fighting for peace, equality and justice,” he expressed.

The U.S. people have taken to the streets throughout the country to protest and demand justice for the death of Floyd and denounce racism in that nation.

“The U.S. people are on the streets, crying out loud: Enough of racism! Enough of police violence! A single cry is filling the U.S. cities: Enough! We want justice! We want freedom! We want equality!” stressed the Venezuelan president at an event to decorate officers of the Negro Primero Operation, deployed to search and capture a group of mercenaries that led the incursion into Venezuela on May 3.

The White House has also decreed a curfew; notwithstanding, protests have not stopped.

George Floyd, a 46-year-old African American citizen, was arrested by four white police officers last week. One of them pinned Floyd to the ground with his knee for more than 8 minutes as witness videos show.

The autopsy confirmed Floyd’s death was a “homicide.” The agent who pressed Floyd’s neck with his knee has been charged with second-degree murder.