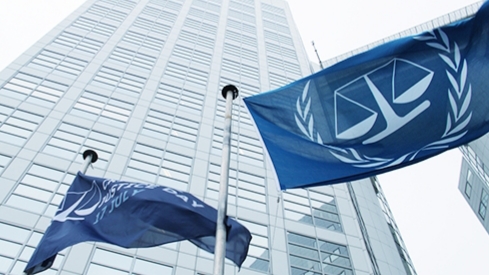 The People’s Power Minister for Foreign Relations, Jorge Arreaza, denounced this Sunday that the Mexican company Libre Abordo, with which the country had an agreement for the exchange of oil for food, declared bankruptcy after pressure from the Donald Trump administration exercised to stop its operations.

“Due to illegal and criminal pressure from the US government, the Mexican company that received Venezuelan oil in exchange for food and humanitarian supplies, declares bankruptcy. This way Washington violates human rights in Venezuela and freedom of commerce”, he wrote on his Twitter account @jaarreaza.

The Mexican firm said in a statement that in recent months they faced “disproportionate” challenges ranging from the fall in oil prices, through “smear campaigns” and even the pressure that “the United States government has exerted to stop our operations”.

The text alerts, for those who integrate Libre Abordo and Schlager, “it is sad and disappointing to perceive that the characters involved in the smear campaigns gave greater importance to political and commercial interests than to the humanitarian aid that we have delivered and that we could deliver, affecting millions of people with this attitude”.

The full text of the statement is attached below:

To the general public:

Since the beginning of our operations, in 2010, Libre Abordo has focused on providing international trade services, mainly related to the distribution of humanitarian aid to vulnerable populations in various countries around the world. Unfortunately, today the company is bankrupt and even the President of Venezuela, Nicolás Maduro, has announced the end of our exchange agreements.

Both Libre Abordo and its related company Schlager have faced disproportionate challenges in recent months; from the drop in oil prices, reaching its lowest level in decades, going through various smear campaigns attributed to business and political groups with strong influence, and even the pressure that the United States government has exerted to stop our operations.

International political pressure has led Libre Abordo and Schlager to stop lifting shipments of Venezuelan crude; this despite the fact that its shareholders have always insisted that the aforementioned surveys complied with all the legal requirements and guidelines established by the United States to avoid a sanction.

For those of us on Libre Abordo and Schlager, it is sad and disappointing to perceive that the characters involved in the smear campaigns gave greater importance to political and commercial interests than to the humanitarian aid that we have delivered and that we could deliver, thus affecting millions of people in a state of extreme poverty, who otherwise would have substantially benefited.

The mentioned benefits are simply palpable. It is enough to go talk to the hundreds of thousands of citizens in extreme poverty who today receive drinking water in their homes through the infrastructure of hundreds and hundreds of tank trucks that we have delivered in Venezuela.

Libre Abordo has reiterated at all times that it has the advice of various prestigious law firms worldwide, almost all of them specialists in sanctions related to the Executive Orders of the United States government.

The vast majority of these offices were always convinced that our Humanitarian Aid contributions are in no way punishable under Executive Orders 13850 and 18884, and that even the United States Treasury Department endorsed our work through the so-called General License 4C.

We were always careful, even to the point of never having used representatives of any kind, nor having had any relationship with North American companies, people or entities; this to continue with the line of respect for the Executive Orders of that country.

We thank all the collaborators who were part of this great experience, and we hope that their future projects, in addition to being fully successful, adhere to this same philosophy of solidarity.