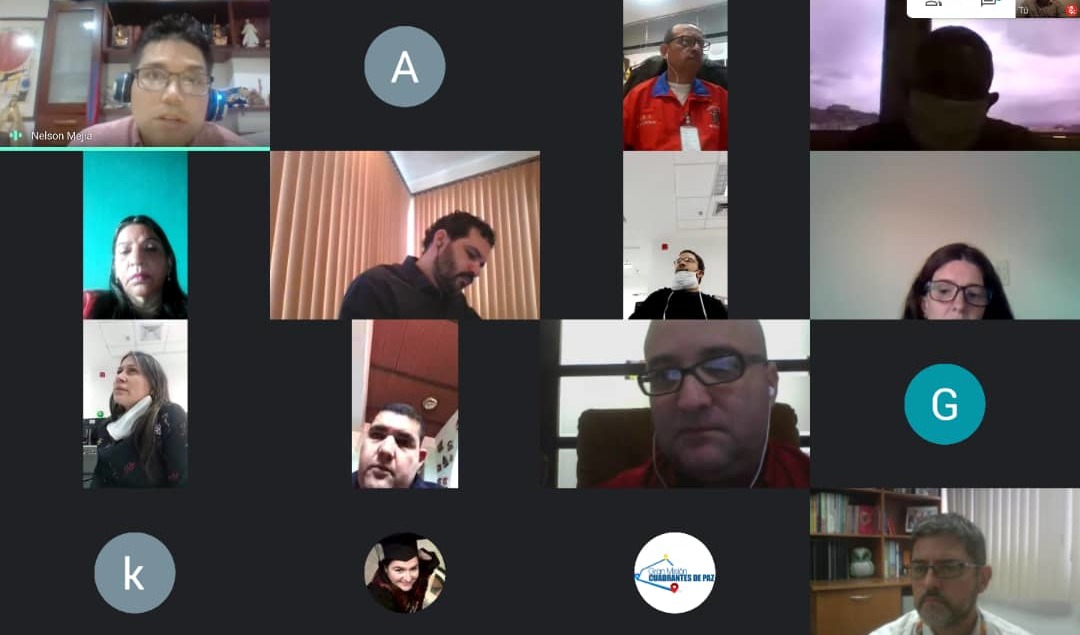 Executive Secretary of the National Human Rights Council (CNDH) of the Bolivarian Republic of Venezuela Larry Devoe held Wednesday, May 27, the ninth virtual meeting with representatives of the Interinstitutional Committee for Monitoring Cooperation between the Bolivarian Government and the Office of the UN High Commissioner for Human Rights (OHCHR).

“In this meeting, we comprehensively updated the Office of the UN High Commissioner for Human Rights on all the measures Venezuela has taken to contain the COVID-19 pandemic and guarantee human rights to our population,” said the Venezuelan representative.

In this regard, he informed about the medical-sanitary measures taken by the Venezuelan government to provide healthcare to Venezuelan nationals returning through different border crossing points, fleeing from the xenophobia, violence, poverty and exclusion to which they were subjected in the countries they migrated to.

During the meeting, the secretary of the National Human Rights Council warned about the negative impact of the unilateral coercive measures adopted by the U.S. government against Venezuela that hamper the efforts made by the Venezuelan government to face the pandemic.

Likewise, he denounced the stance adopted by the Bank of England towards the illegally withheld gold reserves amounting to nearly $1 billion.

“Special mention was made to the stance adopted by the Bank of England as it refuses to deliver resources that belong to the Venezuelan people so that they be used by the United Nations Development Programme (UNDP) to purchase medicines and supplies to contain and address the COVID-19 pandemic,” stressed Devoe.

The virtual meeting served to agree on a schedule to study and strengthen the human rights-related capacity of Venezuelan state institutions.

“Tomorrow, we will hold a virtual workshop with UN working groups featuring UN special proceedings, and next week we will hold another workshop, where our institutions will be able to interact with different working groups that have been created by the Human Rights Council,” added Devoe.

The executive secretary of the National Human Rights Council explained that they have already set a date to provide an update on human rights to the staff of the Ombudsman’s Office and members of the technical team of the National Commission for the Prevention of Torture.

In the same vein, Devoe asserted that this meeting enables to move forward with the cooperation provided by the Office and ratifies Venezuela’s commitment to guaranteeing human rights amid the COVID-19 pandemic.

He stressed that “Venezuela is working with the UN support to strengthen the human rights model in our country.”

This meeting took place in the framework of a Letter of Understanding endorsed in September 2019 by Venezuela’s Foreign Minister Arreaza and UN High Commissioner for Human Rights Michelle Bachelet and as part of the workplan on technical assistance and cooperation agreed by Venezuela and the OHCHR.