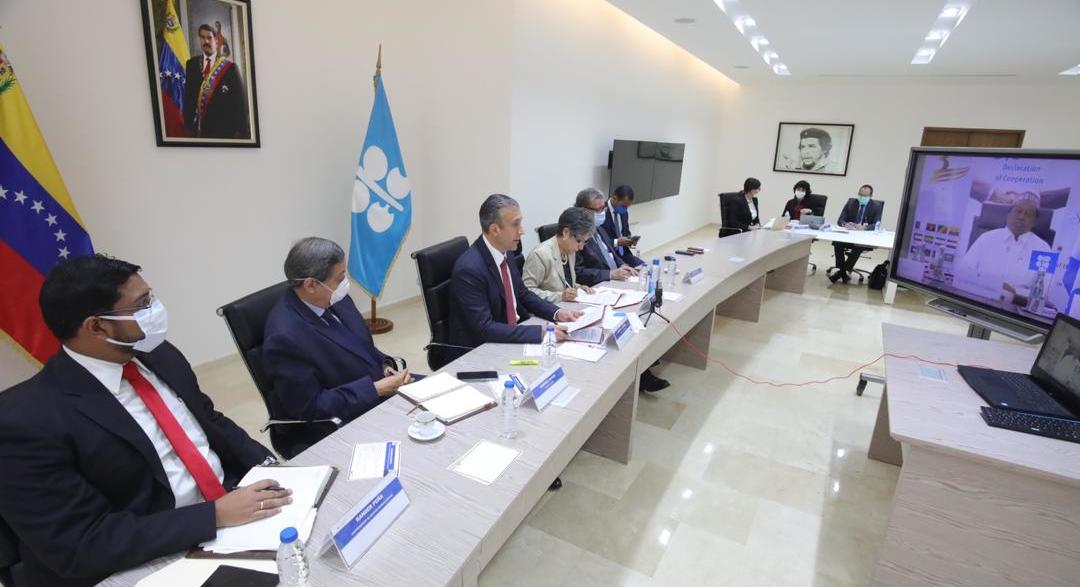 “We held a fruitful video conference with Secretary-General Mohammad Barkindo to strengthen cooperation and coordination amid the big challenges faced by the world energy industry,” wrote El Aissami on his Twitter account.

El Aissami thanked OPEC secretary-general and members of the OPEC Secretariat for the warm welcome and his incorporation into the OPEC.

“We thank Mr. Mohammad Barkindo and members of the Secretariat for the warm welcome you have given us as we join this extraordinary team to move forward with the consolidation of a sustainable world market for the prosperity of the peoples” he tweeted.

Minister for Oil El Aissami stressed that Venezuela, as an OPEC founding member country and the world’s largest oil reserve, “ratifies its historical commitment to working on the recovery of the world oil market and achieving a more supportive, post COVID-19 pandemic economy.”

Venezuela is one of the countries that, together with Saudi Arabia, Kuwait, Ira and Iraq, made the OPEC initiative possible on September 14, 1960. In 2000, Commander Hugo Chávez, soul and inspiration of the Bolivarian Revolution, fostered and hosted the Second OPEC Summit of Heads of State and Government, held in Caracas, that helped recover oil prices to stabilize the oil market.

In recent years, Venezuelan has played a fundamental role in seeking consensus among OPEC countries and incorporating Non-OPEC countries into an agreement on production adjustment, which has made a balance of the world oil market possible.

The OPEC+ Declaration of Cooperation has strengthened an important platform for dialogue and cooperation to face the challenges in the energy sector.