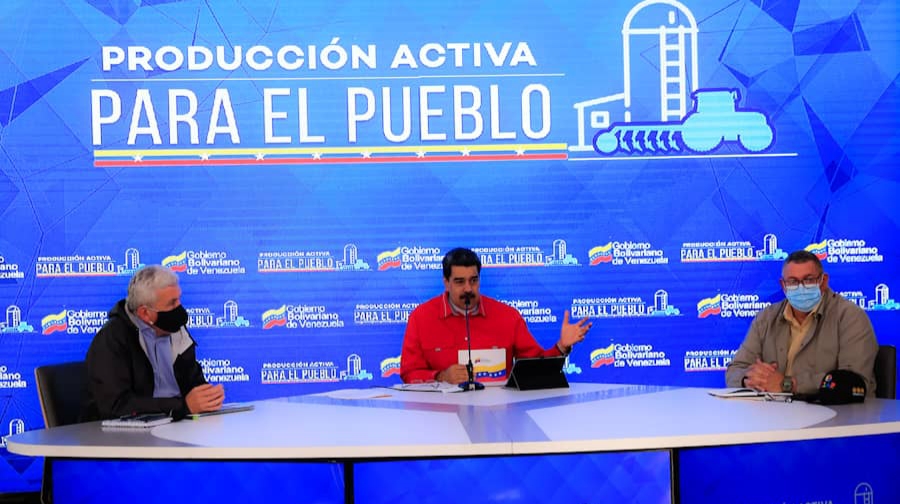 The President of the Bolivarian Republic of Venezuela, Nicolás Maduro, elevates to the United Nations (UN), a message in which he emphasizes the importance of a new vision of the economy emerging in the post-pandemic stage, of the Coronavirus (COVID -19), with the integrated effort of the world.

The statement was made by the Venezuelan Head of State on a productive Wednesday day, held in the city of Caracas. “This is our message to the world, and I will reiterate it in the next few hours in a message that I am going to give to the United Nations”, said President Maduro.

After instructing the Sector Vice-president for the Economy, Tareck El Aissami; And to the Executive Vice-president of the Republic, Delcy Rodríguez, to review the economic engines in order to “consider a public work day for the explanation of the engines, our humanist vision”, the National President stressed that “producing is winning and we must keep winning, the real economy”.

He even pointed out that he perceives this task as a “Latin American-Caribbean issue, as an issue of the peoples of the South: Rethinking the issue of developing a new economic model”.

“Make it vital, productive, reconsider all the, theses, theories, pro neoliberal, neo liberal, technocratic. How many technocratic theories there are in the world to fix it but they don’t fix anything because those who make them have never produced a gram of coffee”, he said.

Likewise, the Dignitary argued that

“the productive economy must be articulated with the engines. What is the engine of the earth, what is the agro industrial, scientific, technological, industrial engine of small and medium industry. We have defined all the engines”.