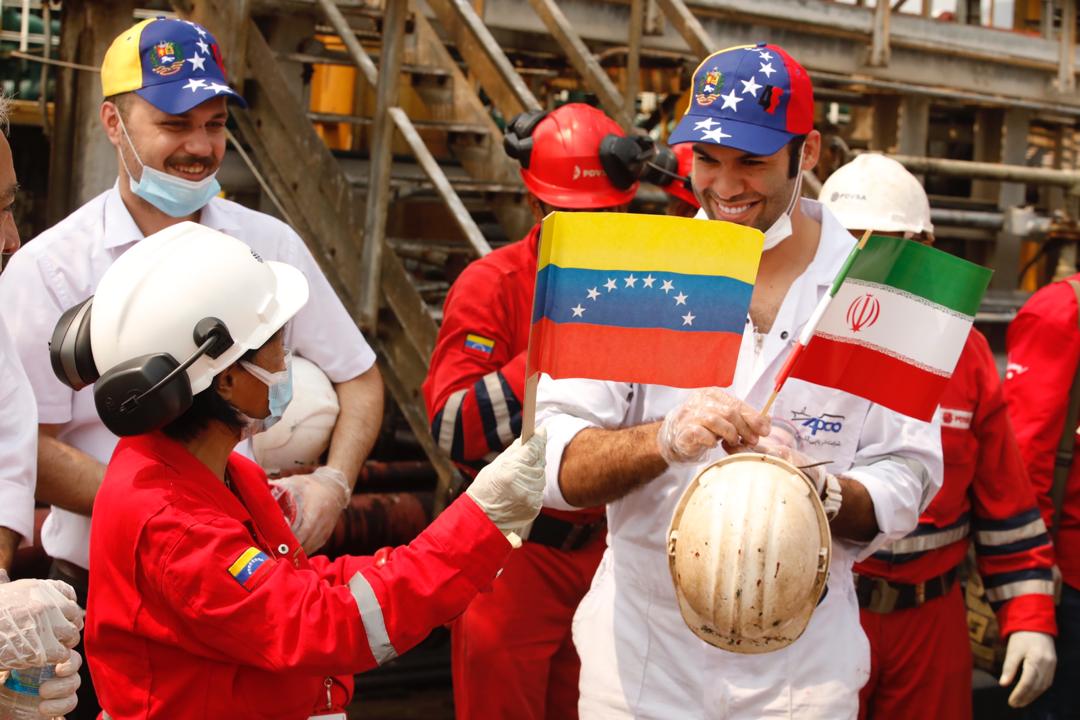 Economy Vice-president and Minister of People’s Power for Oil Tareck El Aissami said on Monday that the arrival of Iran’s Fortune tanker and other tankers entering Venezuela’s Exclusive Economic Zone represents an important support and an example of the people’s self-determination.

Fortune is the first of five Iranian tankers arriving in Venezuela carrying fuel and it has become a symbol of brotherhood and solidarity between the Islamic Republic of Iran and the Bolivairan Republic of Venezuela.

“On behalf of Constitutional President Nicolas Maduro and the Venezuelan people, we thank the Iranian people and authorities, who have firmly and bravely expressed by guaranteeing the advance of energy cooperation agreements between Iran and Venezuela,” said El Aissami.

El Aissami also thanked Ambassador of the Islamic Republic of Iran to Venezuela Hojjatollah Soltani and the crew of the tankers arriving in Venezuela.

Economy vice-president and oil minister stressed that Venezuela has the right to freedom of trade and bilateral cooperation with any country in the world, as it is doing with Iran today. Venezuela’s cooperation with Iran was fostered by Commander Hugo Chavez, and it has been strengthened by President Nicolas Maduro.

“Today, a voice of dignity, a voice of resistance has been raised. The peoples have the right to build their own future. We cannot let any powerful country take on the role of supercops and take measures lessening the rights of other peoples. Sovereignty must be respected,” stressed El Aissami.

He asserted this shows the conviction and determination of the peoples to join efforts to achieve a shared development in our countries within the framework of a multipolar world as established by the Fourth Goal of the Plan of the Homeland.

“We are not going to kneel before any power. We are a rebellious people, a Caribbean people, a people full of glories,” he added.

Upon arrival of the Fortune tanker at El Palito refinery, Iran’s Ambassador to Venezuela Hojjatollah Soltani recalled that a nation suffered from a similar situation, blockade and persecution in 2008, and Commander Chavez made the decision to send tankers carrying fuel to Iran.

“From Venezuela, we ratify the diplomacy of peace. We are a people of peace and love. We want to continue opening up horizons for future times, without wars, sanctions and persecutions. Iran has such a determination. It is enough. Stop trying to take over the world and peoples seeking their own future,” he said.