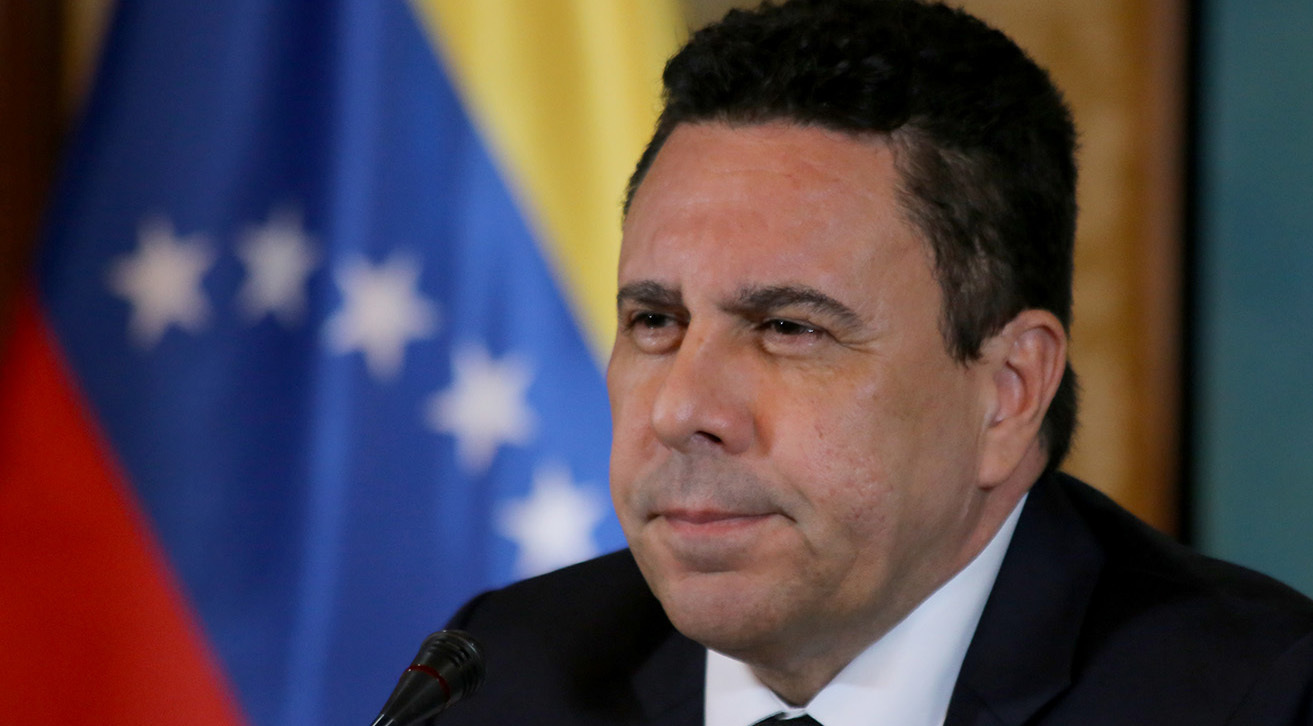 Ambassador Samuel Moncada talks about the UN, Operation Gideon and the lawsuit against the Bank of England

Last Wednesday, May 20, the meeting of the Security Council of the United Nations (UN) was held online, at the request of Russia, with the aim of dealing with the attempted mercenary incursion into Venezuela from Colombia.

The Ambassador of the Bolivarian Republic of Venezuela to the highest multinational body, the historian Samuel Moncada, as well as the representative of Colombia, were invited to present the points of view of their countries to the 15 members of the Council, five permanent participants with the appointment right to veto (China, Russia, France, England and the United States) and 10 non-permanent non-veto rights (Saint Vincent and the Grenadines, Dominican Republic, Indonesia, Vietnam, South Africa, Niger, Tunisia, Germany, Belgium and Estonia).

The meeting, led by the representative of Estonia, began with an explanation of the events that occurred on May 3, 2020 in Venezuelan lands, in which the incursion of a terrorist group was stopped and a plan to assassinate President Nicolás Maduro was unveiled by North American mercenaries who signed a contract to execute violent acts and overthrow the Government and install a de facto one, with the self-proclaimed interim president of Venezuela, Juan Guaidó. Once the virtual meeting was over, we contacted Samuel Moncada, a key part of Bolivarian peace diplomacy, to review the day and delve into details about the aggressions suffered by the Caribbean country.

What is your reading of yesterday’s interventions in the United Nations Security Council regarding the discussion of the mercenary incursion in Venezuela?

My reflection is as follows. The Security Council is a complex, multiple organism, with three countries that currently hold a colonial alliance to destroy Venezuela and recolonize it.

I am talking about France, the United Kingdom and the United States, three of the five countries that have a veto in the Security Council, and the point is that there we know that they have enormous power. To this are added other European countries such as Belgium, Germany, Estonia and, painfully, the Dominican Republic. I say the last because after having been invaded in 1965, it joins the campaign against Venezuela.

But what is the bottom line?

What resolution was achieved?

Russia has proposed a Council statement, which is currently being discussed, despite the fact that it is called a “press statement”. That is one of the products that the Security Council has, which makes resolutions and public statements in the same way, “press statement”, that is the formal name. Russia made its proposal after seeing the position of the United States and the rest, although it will hardly be approved. In other words, probably no other position will be reached. But the debate served as a good point of information for the rest of the world.

In the case of detained US mercenaries, has any formal request for extradition been received from the United States?

No. They won’t, because they don’t even acknowledge that these people committed a crime. They say they put a reward on the head of President Nicolás Maduro, without taking responsibility that this is encouraging this type of crazy mercenaries, assassins, to go to Venezuela, so they are not going to ask for any extradition. I believe that, until now, they have not made any official contact with the Venezuelan government on this point.

Do you believe that a possible military intervention by the United States against Venezuela is real?

Yes, I think it is effective. Because, in fact, what happened in May was very poorly thought out and went wrong due to internal problems of the conspirators themselves, since it was a much bigger and organized plan. I also believe that in these six months that Donald Trump has left in office, he will be desperate to win the elections in November and he knows that time is running out. He will do anything, in the midst of the disaster he has within the country as a result of the pandemic, to rescue his image. And the head of our ruler, the invasion of Venezuela, serves Trump as his perfect guerilla to appear as the hero of the right-wing of the United States, who fights against “the enemies of his country”.

The United Nations discussion turned into an attack on Venezuela based on a series of baseless accusations. In this sense, what credibility can be expected from this body to defend sovereignty and world peace?

It is to be understood that among the 15 members there is an alliance of the three permanent members plus other European countries that gives them a total of nine votes, a normal matter. The point of the Security Council is that these discussions are natural, sometimes one could say, using the UN language, that this is the architecture of the correlation of forces. Right now, there are disparate and conflicting forces in the world. And one sees how the alliance between Europe and the United States is on essential issues, especially when it comes to countries that they see as colonial or colonizable countries, as in the case of Venezuela. To think that the colonial powers are allies of the countries of the South – Africa, Asia and Latin America, to say the least -, which were their colonies and whom they still see as their natural markets, would be a mistake. What must be understood, and I insist on this, is that for those countries reality does not matter, they will follow the policies of the United States even in these violent extremes.

What can Macedonia, Croatia, Albania, Slovenia, Hungary or Estonia have against us? What is the contradiction between Venezuela and those countries? With Bulgaria and Romania?

Look, I am remembering now that the Marshall Islands does not recognize the government of President Nicolás Maduro.

But what has been our contact with the Marshall Islands?

None, it only obeys the United States campaign. There are the 60 countries that the United States, by force or by an alliance that it has built in the last 70 years, uses for its purposes of exploitation of the peoples, in its area of ​​influence.

“If Latin Americans believe in Europe as the great ally to save, help, cooperate or be in solidarity, forget it, abandon all that hope”

What will happen to the international demands that Venezuela carries, do they have any effective weight? And, in the specific case of the Bank of England litigation, if the ruling were favorable to our country, can some situations be reversed and, for example, the return of the stolen resources be specified?

That lawsuit is in the British courts, against the Bank of England –which for the first time in its history is doing what it has done with Venezuela–, who despite having appropriated gold from many countries many times, this time they crossed all limits, because the current government in Venezuela is the same with which they spoke until two years ago, and now they simply say that they do not recognize it.

How has the Bolivarian government dealt with this irregularity?

The British court can decide for or against, the thing is that we have to do the exercise, because if they decide in our favor, very well; and if they decide against it, we will campaign for everyone to see that the Bank of England is a thief, who takes advantage of countries that have difficulties with the United States.

What was Venezuela’s gold doing at Bank of Engrland?

That is a question that many ask me and the explanation is as follows. We did not put the gold there, but we made a contract with Citibank, almost four or five years ago, and we placed the guarantee gold and Citibank made us a loan of dollars in cash. When we wanted to pay the loan, because the contract was fulfilled and the term expired, then the Trump government pressured Citibank not to accept this payment and subsequently executed the gold contract, as if we had not paid.

The Bank of England received $ 1.7 billion from Citibank without asking, and said, “You know what? I do not recognize you as the Central Bank of Venezuela”. It is with this type of cheating and trickery, that they plunder countries they think are weak. They plunder them with warships and banks, it is what we must learn.