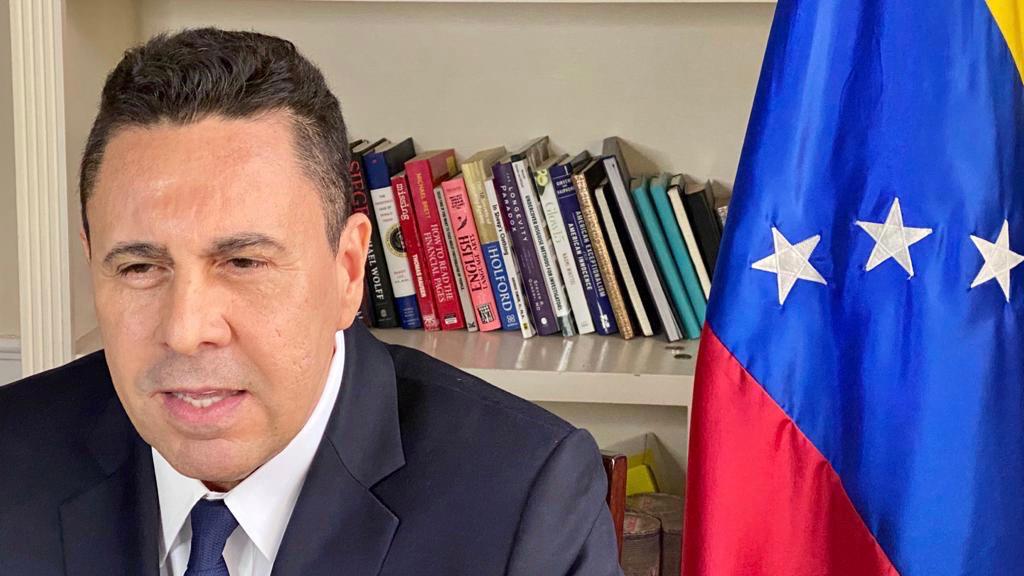 Permanent Representative of the Bolivarian Republic of Venezuela to the United Nations Samuel Moncada urged the UN Security Council Wednesday, May 20, to fulfill its duties and responsibilities under the UN Charter on maintaining international peace and security.

In this regard, he requested the UN Security Council to, once and for all, determine the threat that the warmongering policies of the U.S. and Colombian governments represent to the peace of Venezuela and the region, to recognize the acts of aggression committed against Venezuela, and to demand the perpetrators to an immediate put end to their criminal practices.

Moncada delivered his statement at an open virtual session of the UN Security Council, convened by Russia as a permanent member to discuss the recent armed incursion of a terrorist, mercenary group on Venezuelan coasts on May 3 and 4.

Moncada warned that amid the Venezuelan government’s fight against the COVID-19 pandemic, “we are facing an imminent armed attack that, due to its genocidal effects, represents a crime against humanity,” and that the inaction of the UN Security Council in the current situation “will embolden those governments to continue with their warmongering and criminal acts.”

“Today at the UN, the voice of Venezuela and independent countries was heard. Most of the UN Security Council members defended the Un Charter by rejecting the U.S. and Colombia’s aggressions against our country. This is another victory of the Bolivarian Diplomacy of Peace!” posted Minister of People’s Power for Foreign Affairs Jorge Arreaza on his Twitter account @jaarreaza.

At the virtual session, Ambassador Moncada recalled that in a letter addressed to the Security Council on May 13, 2020, Venezuela showed public and irrefutable evidence on the armed aggression to the world, proving that the United States of America and the Republic of Colombia “facilitated the planning, training, financing and, still today,  are protecting groups of mercenaries and terrorists who executed an armed attack,” with the objective, among others, of assassinating President Nicolás Maduro.

The Venezuelan diplomat also informed international media recently revealed that a Colombian drug trafficking organization, known as “Los Pachenca”, supported the mercenaries and terrorists that participated in the armed attack on May 3 against Venezuela. Likewise, he said this criminal organization is in possession of details on the surveillance routes and the locations of Colombian and U.S. warships in the Caribbean.

“This proves that the real objective of warships in my region is not to fight drug trafficking, but to attack Venezuela instead (…) Behind it all, this is the same mind that applied the same combination in Nicaragua during the 80s; that is, the use of  drug lords, covert operations and mercenaries in a dirty war. Cruelly, one of the individuals who was responsible for this over 35 years ago is now repeating his crimes, today, in Venezuela. Literally, the very same individual. I am referring to Eliott Abrams, one of the darkest characters in our region’s history,” stated Moncada.

During his address, the Venezuelan permanent representative to the UN denounced three additional events that are part of the ongoing and systematic campaign of aggressions against Venezuela:

Firstly, on May 13, the U.S. government included Venezuela in an unlawful and unilateral of countries that do not cooperate with the fight against terrorism. Secondly, the U.S. government has openly admitted to exerting pressure on companies to restrain from supplying gasoline to Venezuela, and currently this coercion is coupled with a new peril, which is the threat of using military force against five Iranian tankers with fuel that are on route to Venezuela in violation of freedom of trade and navigation.

“And thirdly, on May 13, international medias revealed the existence of a ‘Venezuela Reconstruction Unit’ within the UK Foreign and Commonwealth Office, through which discussions were held between UK officials, figures of the Venezuelan opposition and the plotters of the recent armed attack on the need of providing a special status to British business in my country after the aggression was successfully carried out. This new evidence that has now seen light, together with the pillage of over $1.7 billion in Venezuelan gold by the Bank of England, demonstrates once again how the British government is an opportunistic accomplice in the colonial looting of Venezuelan wealth,” added Moncada.

The Venezuelan diplomat also mentioned that in addition to the evident violation of the UN Charter, the governments of Colombia and the United States of America violate their obligations under international law, particularly the one provided by the UN Security Council resolutions they signed: 239 (1967), 1269 (1999), 1373 (2001)and 1456 (2003).

On the Venezuelan case presented to the UN Security Council, Dmitry Polyanskiy, Russia’s deputy UN Ambassador, said that the recent incidents violating Venezuela’s sovereignty “pose a direct threat to the country’s peace, and regional security and stability. This situation is a clear violation of the UN Charter.”

“Today, Venezuela is on the menu of the U.S. And our U.S. colleagues do not event try to deny it. That’s exactly the reason why the recent Silvercorp adventure is especially alarming,” stressed Polyanskiy.

Likewise, he said that Russia expects Washington to notice the risks of deploying Navy ships in an area where Iranian tankers are carrying out legal activities near Venezuela.

“We call upon the participants in today’s debate to condemn the attempted invasion in the sovereign territory of Venezuela. It is time for us to express support for the rights of Venezuelan to resolve their political disagreements, including the right to choose their own leaders according to the country’s Constitution,” he urged.

Yao Shaojun, permanent representative of the People’s Republic of China to the UN, also condemned the recent armed incursion into Venezuela as it poses a threat to the region’s peace and security and urged the U.S. government to comply with the principle of the UN Charter, stop meddling in Venezuela’s domestic affairs, and to put an end to coercive measures against the Venezuelan people.

“Our stance is that Venezuelans must decide their own fate by themselves,” stressed Shaojun.