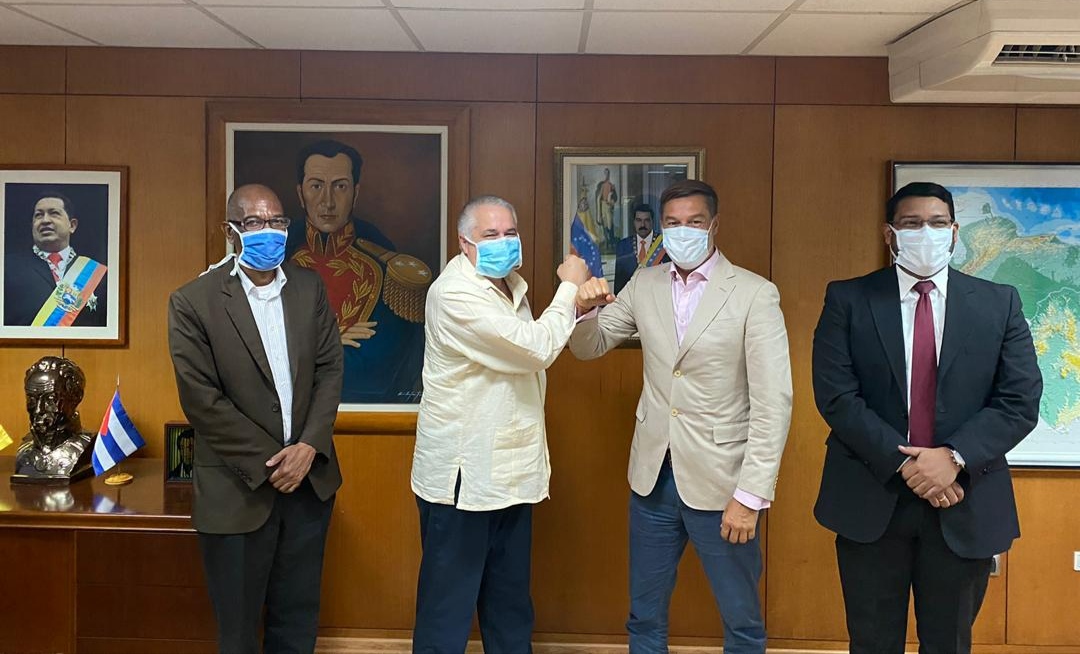 Minister of People’s Power for Tourism and Foreign Trade Féliz Plsencia held a meeting with Cuban Ambassador to Venezuela Dagoberto Rodriguez Barrera in the framework of the Cuba-Venezuela cooperation agreement.

The meeting took place in the headquarters of Venezuela’s Ministry for Tourism and Foreign Trade and was attended by Vice-minister for Latin America of the Venezuelan Foreign Ministry Rander Peña.

Minister Plasencia stressed that they reviewed the advance in trade and investments and the proposal of a virtual business roundtable to be held soon in order to continue boosting bilateral trade between the two nations.

Regarding tourism, Plasencia explained they addressed the future of tourism in a post-pandemic world with the implementation of tourism guided by the two countries through  coronavirus-free zones.

Venezuela and Cuba reached a comprehensive cooperation agreement on October 30, 2000, signed by Commanders Hugo Chávez and Fidel Castro, and aimed at providing free and quality care in different fields to the Venezuelan population, thus contributing to improving their standard of living and becoming an example of unity in Latin America and the Caribbean.