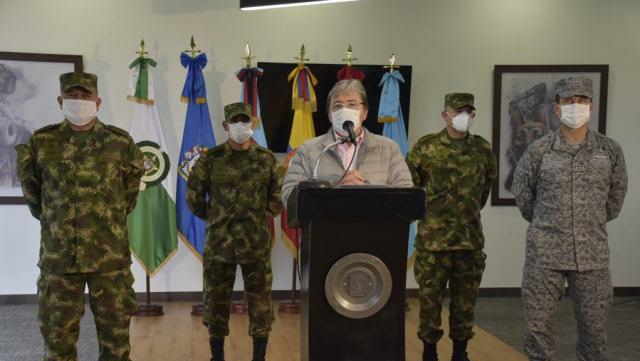 Colombian government confesses its involvement in the illegal incursion against Venezuela

The Minister of Defense of the Republic of Colombia, Carlos Holmes Trujillo, reported on Tuesday that those responsible for the leak of information to the Venezuelan Government are being identified, this about the recent illegal incursion of mercenaries into the Bolivarian Republic of Venezuela, and after deny their link in events.

“Mechanisms within the security forces will be intensified to identify any possible action by uniformed personnel who may put national sovereignty or the Colombian constitutional and democratic order at risk”, he said.

According to the radio and television chain Caracol, the medium in charge of spreading the news, once results are obtained, the Attorney General of this nation will be informed so that they can take “disciplinary” measures against these officials.

The People’s Power Minister for Foreign Relations, Jorge Arreaza, spoke before the confession on his Twitter account @jaarreaza.

“This is how Colombia confesses that its Security Forces did participate in the mercenary operation against Venezuela, financed by drug trafficking. As the operation was unveiled, they then decided to pursue those who gave the information to prevent a bloodbath”, he wrote.

On May 13, the Bolivarian Republic of Venezuela consigned a letter to the Secretary General and the Security Council of the United Nations (UN), with evidence of the involvement of Iván Duque’s government in the recent attack by armed groups and terrorists, organized and financed by the neighboring country and the Donald Trump administration.

The letter delivered to the Organization compiles all the evidence that supports the terrorist plans that became known thanks to the capture of mercenaries.