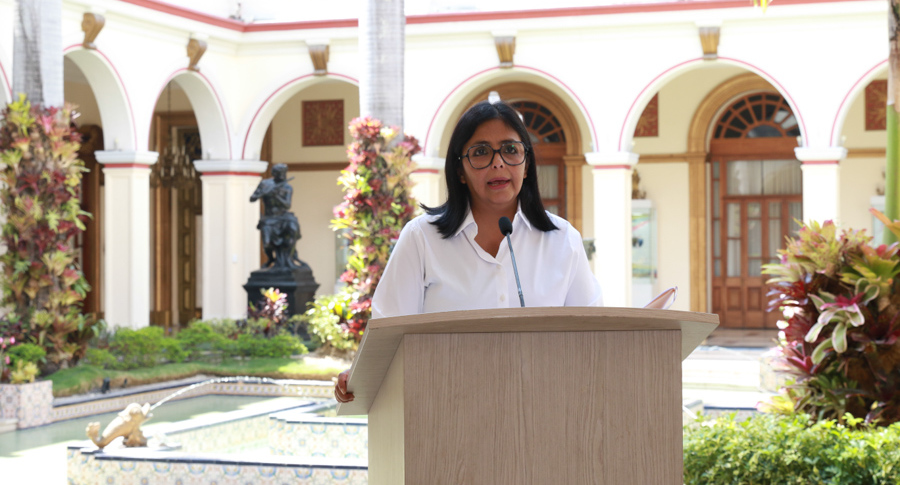 Number of infections by Covid-19 in Venezuela amounts to 541

The number of infections registered by Covid-19 in Venezuela amounts to 541 after the detection of 37 infected in the last 24 hours, geographically located in Caracas (33) and Apure (4), reported this Sunday the Executive Vice-president of the Republic, Delcy Rodríguez.

“Of these 37 cases 33 are imported: 19 from Peru, 14 from Colombia and 4 are by community contact”, Rodríguez explained, while reporting that they are already isolated and receiving adequate treatment for respiratory infection.

He highlighted that 241 recovered patients are registered, which is equivalent to 44.5% of the reported cases. In this sense, she noted that 121 people remain in hospitals, 151 in Comprehensive Diagnostic Centers (CDI), and 18 in private clinics. The death toll remains at 10.

From the Miraflores Palace, where the Vice-president offered the balance of the strategies implemented by the National Executive to contain the virus, she pointed out that Venezuela remains the first country in Latin America to carry out the largest number of Covid-19 screening tests with a total of 575 thousand 974 tests, which represents 19 thousand 179 tests per million inhabitants.

To date 41 thousand 99 compatriots have returned to the country fleeing from the xenophobic persecution of which they were victims abroad.

The Executive Vice-president, explained that 75% of the cases registered in the last days are imported, for which she urged to refine the epidemiological protocols in the border areas.

“We know about the overflow of the exponential number of cases in these countries (Colombia, Peru, Ecuador, Chile and Brazil), which represents a real threat to Venezuela (…) that forces us to be very strict”, she said.

She reported that the videoconference that took place in the Government Palace with the participation of regional authorities and state protectors, focused on the consolidation of health protocols at the border posts of Santa Elena de Uairén, Bolívar state, San Antonio del Táchira, Zulia and Apure.

In addition, she reported that this Monday the World Health Organization (WHO) will hold a world health assembly, in which Venezuela will participate through Minister Carlos Alvarado, head of the health portfolio in the country.