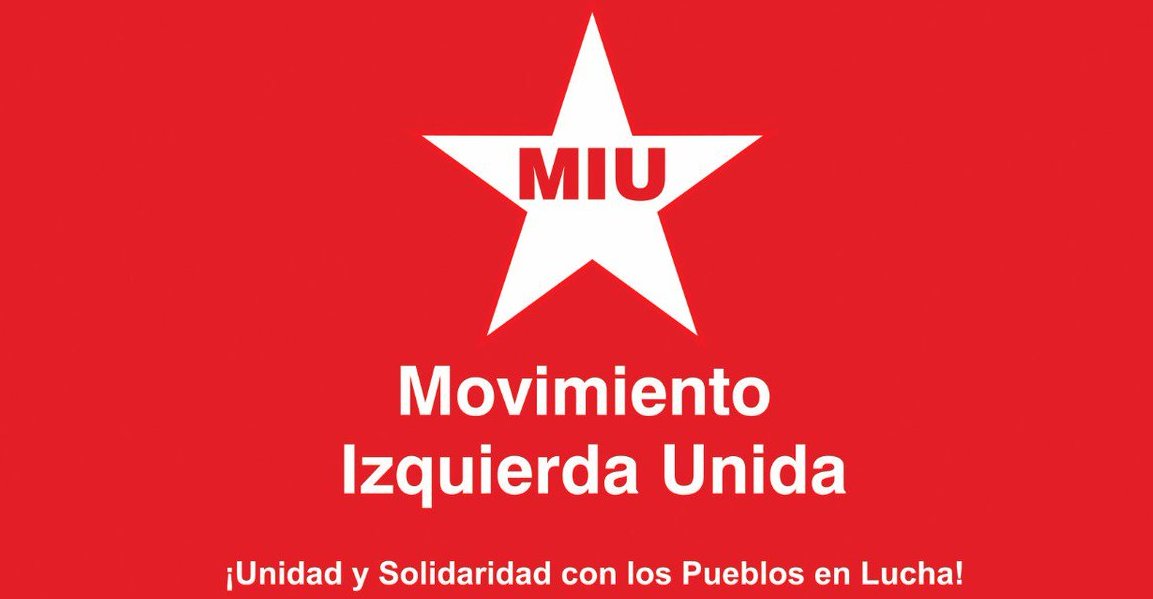 The political organization of the Dominican Republic, Movimiento Izquierda Unida (MIU), which along the Dominican people, has suffered in their own flesh the betrayals, attacks and foreign invasions, paying a high cost for their freedom, independence, democracy and sovereignty, issued a statement in rejection of the new aggression of North American imperialism against the land of Bolívar.

In the text, they reaffirm their combatant solidarity with the Venezuelan people and call to be “vigilant and prepared to defeat these vermin as many times as they try to disturb the peace of Venezuelans”.

A statement is attached below: