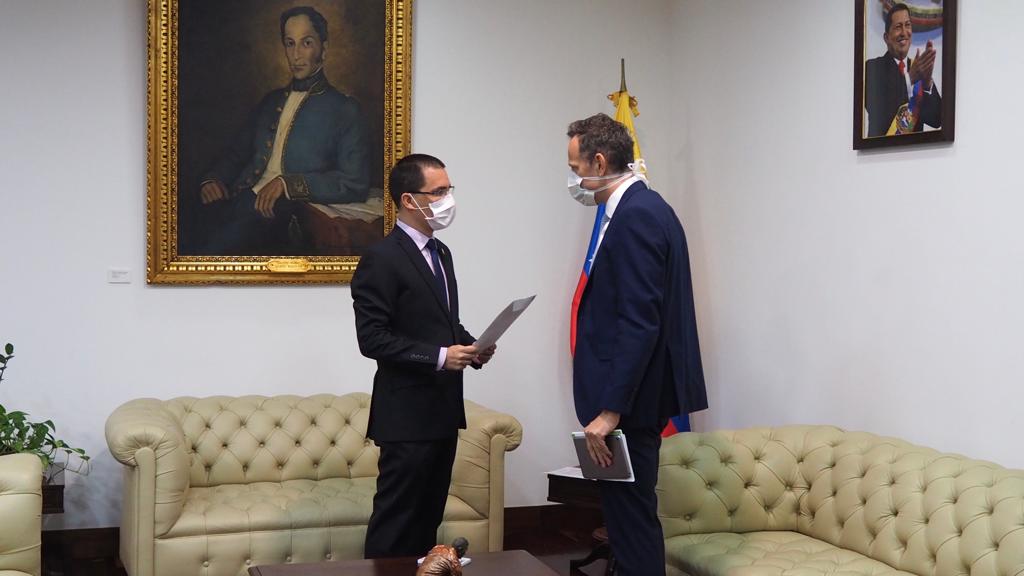 Foreign Minister of the Bolivarian Republic of Venezuela Jorge Arreaza demanded on Thursday, May 14, explanations from the United Kingdom of Great Britain and Northern Ireland for the creation of a “Venezuela Reconstruction Unit” in the British Foreign & Commonwealth Office.

“We summoned the charge d’Affaires of the United Kingdom to present a formal protest and demand explanations for the creation of a Venezuela Reconstruction Unit in its Foreign Office,” wrote the Venezuelan diplomat on his Twitter account @jaarreaza.

Minister of People’s Power for Foreign Affairs handed over a note of protest to the British Diplomatic Representative to Caracas Duncan Hill demanding the United Kingdom to withdraw from Washington’s coup plans and from any destabilizing initiative.

“We demand respect for our sovereignty, for our people and for the purposes and principles of the UN Charter,” he stressed.

This response came after the charge d’Affaires of the United Kingdom to Venezuela confirmed and tried to justify the creation of a “Venezuela Reconstruction Unit,” a concept that Foreign Minister Arreaza described as outrageous and unjustifiable.

Noteworthily, the Venezuelan Ambassador to the UN Samuel Moncada denounced Wednesday, May 13, the British government’s complicity in the “maximum pressure” operations against the South American country amid a global humanitarian crisis.

Ambassador Moncada did not only denounce the existence of a “Venezuela Reconstruction Unit,” but also conversations between representatives of the United Kingdom and the Venezuelan opposition about proposals to promote British business after a hypothetical overthrow of Constitutional President Nicolás Maduro.