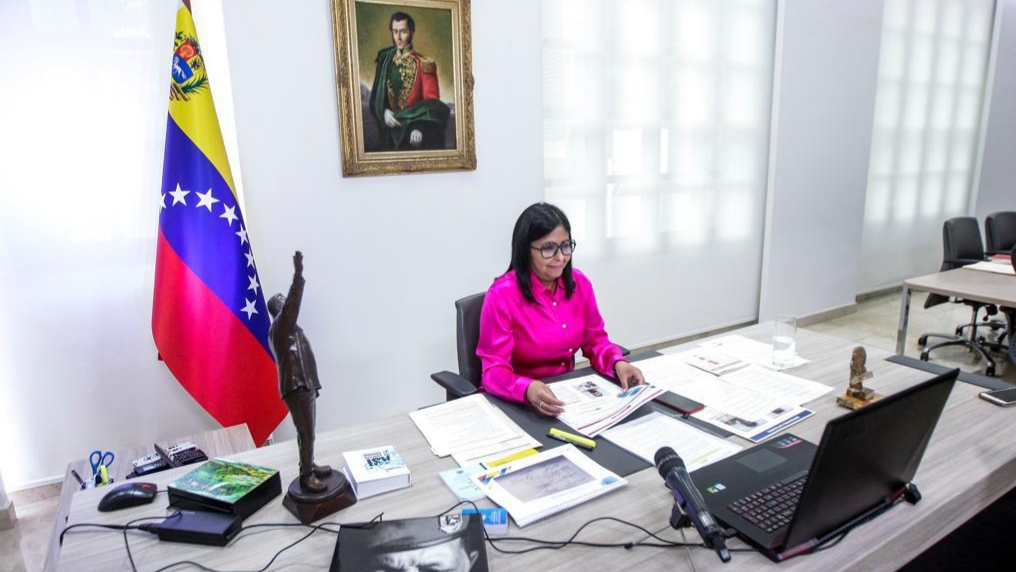 In an interview conducted in the program Conversing with Correa, led by the politician Rafael Correa, the Executive Vice-president of the Republic, Delcy Rodríguez, recalled this Thursday, her participation in the meeting of the General Assembly of the United Nations Organization (UN), in September last year, where she presented evidence of the activities carried out in Colombian camps to train mercenaries in order to undertake an action that threatens the peace and stability of the Homeland, she specified the coordinates of three places of war actions in Santa Marta, Riohacha and Maicao.

“Former general Cliver Alcalá Cordones, who allegedly gave himself up to the US authorities, who were looking for him as a drug trafficker, openly spoke of these three camps, it is he who meets the head of this mercenary company – SilverCorp – for the first time, with Jordan Goudreau”, said Rodríguez.

She explained about these three camps that

“there are photos, videos, which they have given, where stateless soldiers who deserted, a minority of our Bolivarian National Armed Force, took them to these camps to train, who were training them? there were three groups of 300 men who were trained by this mercenary company. In the contract it is found the training and support, as well as the first payment to be made to the SilverCorp company, for a million and a half dollars, for a rapid incursion, that they were going to do with the training received in Colombian territory”.

She stressed that this is

“a really shameful thing, all international conventions, the Charter of the United Nations, prohibits this type of action by Colombia, and there we see, the Colombian government of Mr. Duque, very daring, without remorse of what is happening, when everything happens from Colombian territory, the boats that came to Venezuela, left Colombian territory, we have the coordinates, so there is sufficient proof”.

“President Nicolás Maduro has already instructed to go to the International Criminal Court with very direct accusations against those responsible of the Government of Mr. Iván Duque, for the attacks against the Venezuelan people”, Rodríguez said.