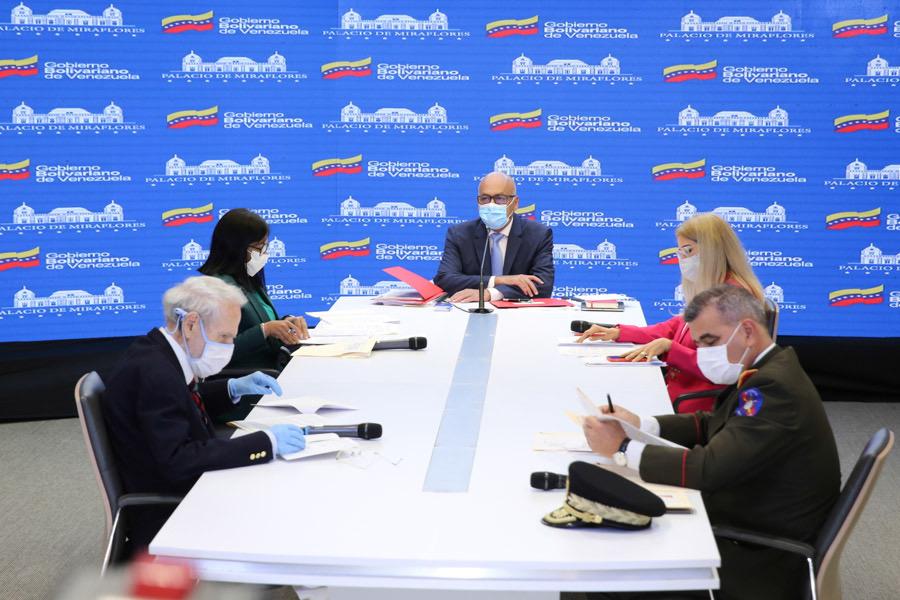 During a special broadcast called Mesa de Discusión (Discussion Table) on Thursday, May 14, at the Presidential Miraflores Palace, lawyer and First Lady Cilia Flores assessed the content of the criminal contract signed by opposition lawmaker Juan Guaido and US firm Silvercorp, recently unveiled in the face of the terrorist actions on May 3 against Venezuela.

“This is not an opposition. They are delinquents. They are attacking the homeland. They tried to plunge Venezuela into blood and death,” she said.

In this regard, outlined the content of this contract that provides for “the commission of crimes, as one of its articles establishes that advisers and service providers, that is to say, mercenaries and hitmen, would advise and assist a group associated with the planning and execution of an operation to capture, arrest and eliminate President Nicolás Maduro Moros, his staff and any other citizen,” and even to take over “civilian and state-owned properties.”

She added that this contract makes “opposition groups resort to crimes”, because “backed by this document, they could use lethal force and shoot to eliminate threats as one of the articles provides for.”

“Everything related to it was a target to attack. They are hostile people who tried to use lethal force,” she asserted.

Likewise, Sectorial Vice-president of Communication, Culture and Tourism Jorge Rodriguez referred to what he calls a criminal triangle formed from three corners: “The Venezuelan right-wing with ties that oppose peace; the intervention, protection and support of the world’s main power, the administration of US President Donald Trump, and the Colombian government of Ivan Duque; and the use of drug trafficking by Venezuelan and Colombian delinquents to perpetrate terrorist actions against Venezuela.”

Rodríguez said he pointed this out as a primary element of the investigation and as part of that criminal triangle, where mercenaries “would come to the country to kill” and “would be protected in any situation.”