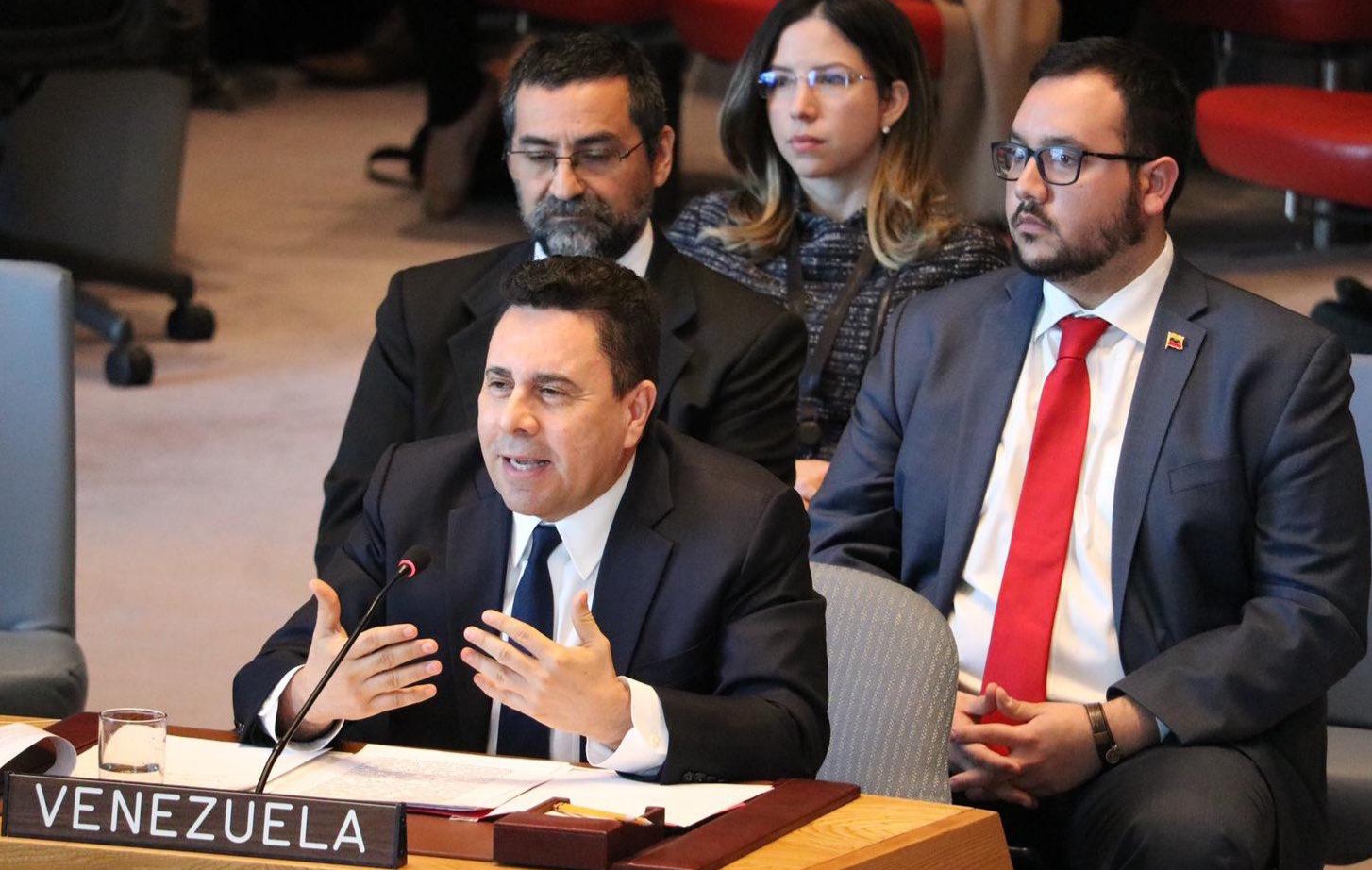 This Wednesday, the Bolivarian Republic of Venezuela consigned a letter to the Secretary General and the Security Council of the United Nations (UN), denouncing the attacks by an armed group of organized, trained and protected mercenaries, financed by the governments of the United States of America and the Republic of Colombia, who entered the Venezuelan territory illegally on May 3.

“Venezuela denounces before the Security Council and the UN Secretary General a terrorist armed attack supported by the Trump and Duque governments using mercenaries trained in Colombia. A crime of aggression against Venezuelans”, said the Venezuelan ambassador to the UN, Samuel Moncada, through his account on Twitter @SMoncada_VEN.

The diplomat, representing the national government, has repeatedly condemned this type of illegal action in violation of international law and the UN Charter by the United States and allied countries against the Bolivarian Government.

The letter delivered to the Organization compiles all the evidence that supports the terrorist plans and acts that were known thanks to the capture of mercenaries, including two US citizens, former members of the US army, by the national intelligence forces.

One of the proofs described in the document is the contract signed on October 16, 2019 between the deputy Juan Guaidó, leader of the violent sector of the Venezuelan opposition, and the US citizen Jordan Goudreau, who provided security services to President Donald Trump. Goudreau is currently the executive director of the private security contractor Silvercorp USA, whose task was to design, train, equip, and execute the mercenary invasion against the Venezuelan people in exchange for a payment of $ 212,900,000.00.

By virtue of this and other evidences presented, Venezuela urged the UN to take the necessary measures through the diplomatic channels set forth in international law and reiterated its call to the highest organ of the United Nations to condemn this type of terrorist attacks that endanger the maintenance of international peace and security.

The attempted incursion had the declared objective of perpetrating criminal acts against the Venezuelan government and people.

The Spanish version of the letter is attached below:

An english version of the letter is attached below: