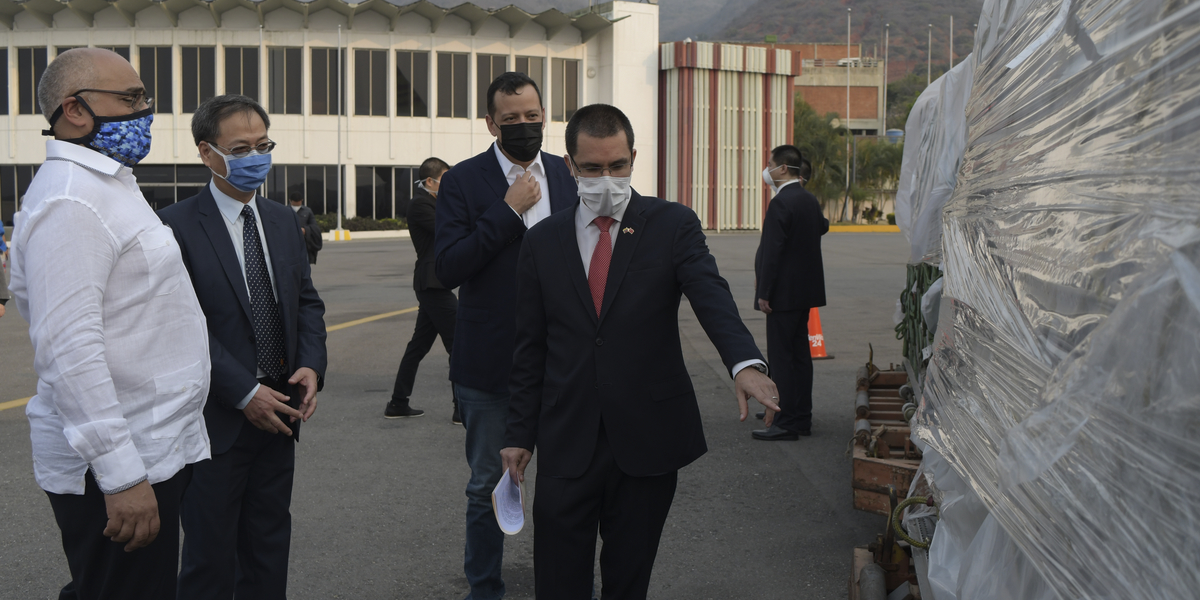 As part of the permanent airlift with the People’s Republic of China, the fifth shipment with more than 46 tons of medical supplies and equipment arrived in Venezuela on Tuesday, May 12.

“Today, we received the fifth plane of the humanitarian airlift we established with China to fight COVID-19 in our country. Venezuela is not alone! It relies on the support of the people of the world. I thank President Xi Jinping and the Chinese people for their solidarity,” wrote President Nicolás Maduro on his Twitter account.

Foreign Minister Jorge Arreaza recalled the words of Director-General of the World Health Organization Tedros Adhanom in the recent Virtual Summit of the Non-Aligned Movement: ” we are one humanity. We share the same planet. We share the same hopes and dreams. The only way we can achieve our dreams in this none planet is through solidarity.”

In this regard, he highlighted China’s example of solidarity after being the first country suffering the consequences of “this mysterious virus, from which we are still learning. It did not lock itself up. On the contrary, it opened and shared its experiences, its rights and wrongs, and the protocols they developed (…) China is a great master on what to do in these moments.”

Health Minister Carlos Alvarado stressed that this shipment will strengthen Venezuela’s capacity for diagnosis and protection in the face of this terrible pandemic, and it will be distributed in the country’s healthcare centers, both sentinel hospitals and Barrio Adentro’s.

“In difficult times, China and Venezuela are always together,” said Chinese Ambassador Li Baorong, who stressed that cooperation and unity between the two countries has been a role model in the international fight against COVID-19.

This fifth shipment includes donations and purchases of more than 3.8 million facemasks, more than 80,000 test kits; 51,000 protective suits; 11,000 disposable gloves and 3,000 protective goggles, among other items.

Likewise, this delivery includes PCR test kits, infrared thermometers and other protective medical items as a new donation made by the Central Government of China through the National Agency of International Cooperation for Development.

Furthermore, the cargo plane brought a donation of facemasks made by the Central Committee of the Communist Party of China to the United Socialist Party of Venezuela (PSUV), a similar donation made by the Development Research Center of the Council of State, and other donations from 20 different Chinese institutions and companies within the framework of the strong cooperation and commercial ties between the two countries.

This shipment is part of an agreement reached by Venezuela’s President Nicolás Maduro and China’s President Xi Jinping in a telephone conversation held on April 10, when they committed to coordinating efforts and cooperation to face and overcome the COVID-19 pandemic.

With this fifth shipment, Venezuela has received more than 157 tons of medical supplies and equipment from the People’s Republic of China to fight COVID-19.