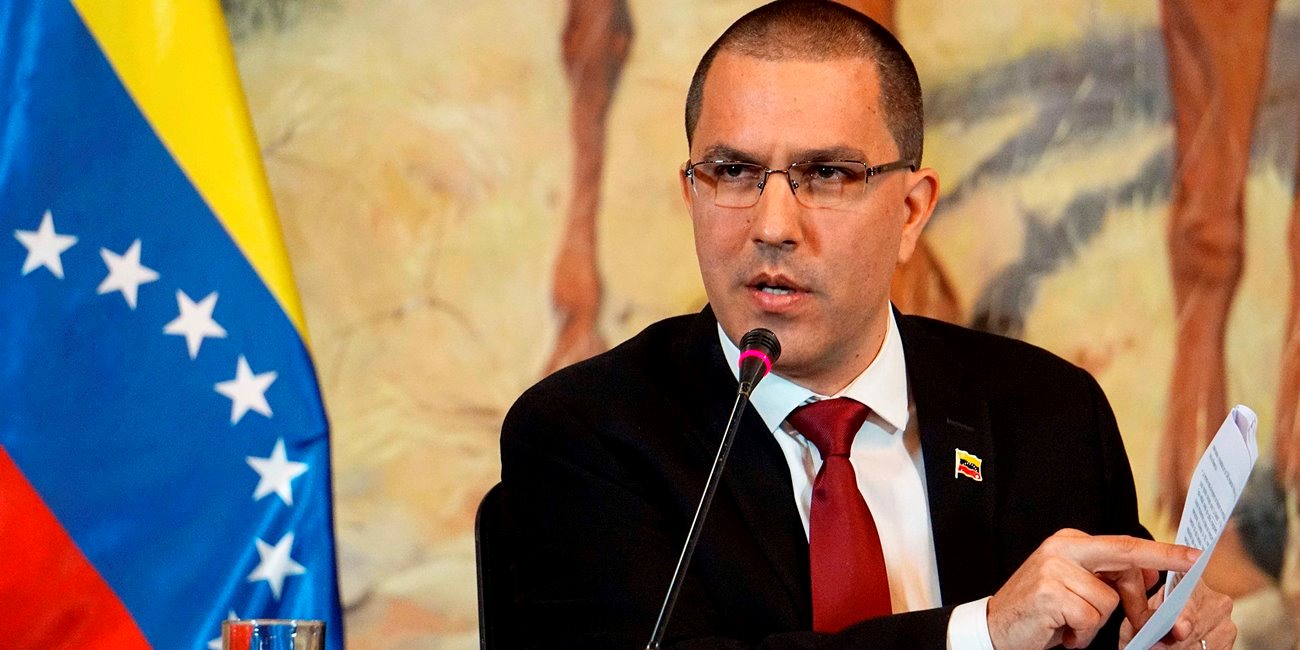 In an interview with Caracol Radio, from Colombia, the People’s Power Minister for Foreign Relations, Jorge Arreaza, asserted that there is no doubt whatsoever about the connection of the Colombian authorities with the plan of aggression against Venezuela, promoted from the United States and also supported by drug traffickers, mercenaries, and financiers.

He insisted that, as President Nicolás Maduro pointed out, “we have no other option, not only to make the complaint, but to act and take Mr. Duque and those responsible before the International Criminal Court properly, so that they assume before the world and before their people the responsibilities of attacking a neighboring and brother country”.

In this sense, he regretted the breach of the Republic of Colombia with the most elementary commitments of international law and the civilized world and argued for the complicity and participation of the Colombian government in the destabilization of the Venezuelan people in a notorious and blatant way, through its different actions.

On September 26, 2019, the Vice-president of the Republic, Delcy Rodríguez, presented before the UN General Assembly, the photographs, coordinates of the training camps, including photos of the facade of some of the houses where, as these mercenaries now confess, they were training and spending the night.

The Foreign Minister pointed out that on February 23 of last year, it was reported that Clíver Alcalá Cordones, along with a group of Venezuelan ex-military and Colombian paramilitaries, were training in Alta Guajira, with the intention of forcing the entry of the alleged “humanitarian aid”of the United States. In this regard, he questioned the inaction of the Colombian government to investigate the matter and act in accordance with international law, in international events of this type.

He also highlighted that Alcalá himself publicly confessed in March of this year, through Colombian radio, that the most recent mercenary aggression to enter Venezuela was prepared in that territory. Then he goes to the DEA as a collaborator, without any action by the Government of Colombia.

“Since March 26, when the complaint was made until May 3 [the day that the Venezuelan authorities thwarted an armed incursion into the country], the Colombian authorities did absolutely nothing, did nothing to investigate, did not go to the places where we had indicated that the training camps were, they did not raid, they did not protect the coasts”, he recapitulated.

He also stressed that the complaints have not only been transmitted to the Colombian government, but have also been publicly communicated, at this time also having “the testimony of 40 people arrested in recent days, including two US people, and Mr. Jordan Goudreau, who from Florida also said that the operation had come from Colombia, that they had trained in Colombia, what more proof can we have?” Foreign Minister Arreaza pointed out in the interview with Caracol.

Regarding the detection in the Orinoco River of three armed vessels with the Colombian Navy emblems, the Minister explained that although they were found empty, “nothing is ruled out, much less after the events of Alta Guajira and the series of complaints that have been done since 2018”. He affirmed that if the investigations do not reveal any news, the governments would articulate to carry out, as appropriate, the international and good neighbor protocols.

“It is a strange situation that three artillery boats that have patrol use, a lethal use, be simply left be carried by the current but in any case they are there, in good shelter (…) communication between our governments to the highest levels is necessary to resolve these types of incidents and the much more serious ones that occur along our extensive border”, he explained.