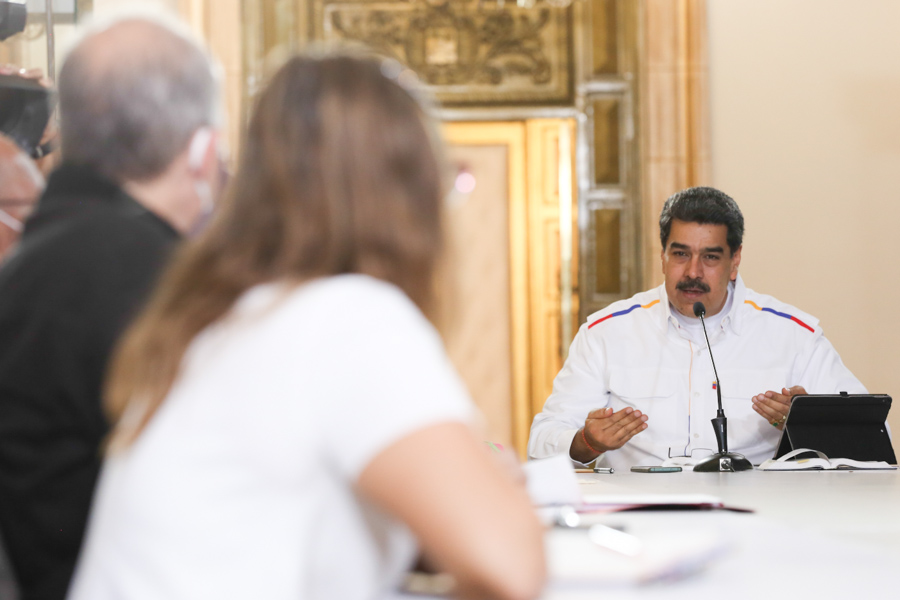 “I have no doubt of the Iván Duque’s -Colombian president- responsibility, his criminal, political responsibility and the need to accuse him before the International Criminal Court as a complement to the lawsuit that we have been making against his masters of the north -United States-“.

The words correspond to the President of the Bolivarian Republic of Venezuela, Nicolás Maduro Moros, for the terrorist actions that have come repeatedly from the New Granada nation against Venezuela.

In this context, the Foreign Minister of the Republic, Jorge Arreaza, also added that the document is being updated due to the events presented during the day and “it -the document- will be submitted to the Security Council” of the United Nations Organization (UN), he stressed.

In this regard, he explained that Venezuela will present as evidence, in the coming days, before the UN and the International Criminal Court, the contract signed between the US company Silvercorp and the far-right agent Juan Guaidó to overthrow the National Government.

From the Miraflores Palace, located in Caracas, President Maduro explained that the provisions indicate that the terrorist group would remain in Venezuela as an “occupying force” until the installation of the Guaidó administration.

He also mentioned that among the clauses contemplated in the document are: the transfer of military command to the mercenary Jordan Goudreau, the use of lethal force to control demonstrations and the suspension of basic services.