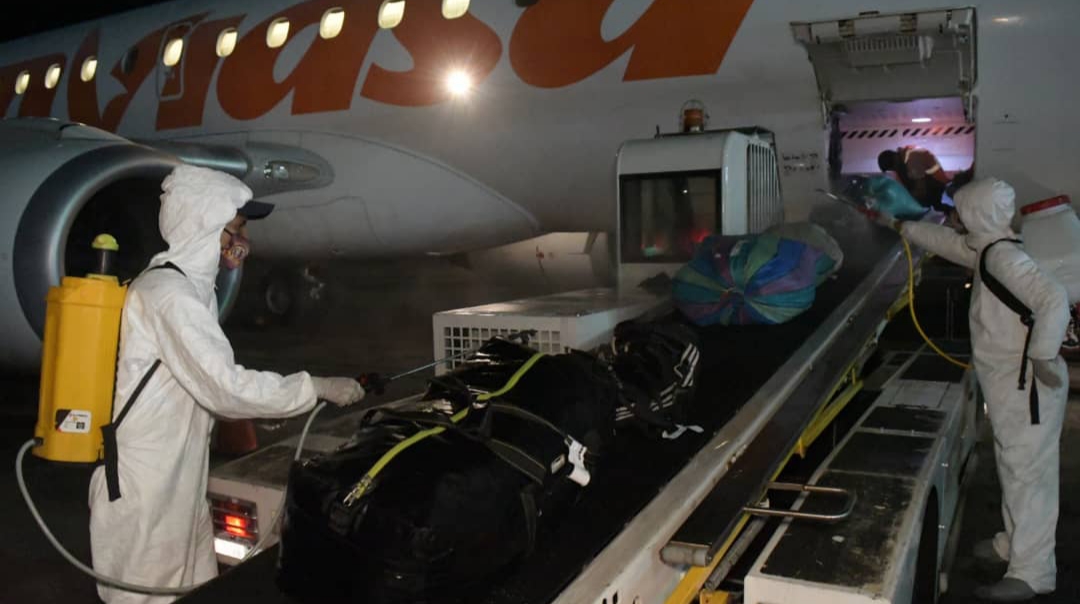 Venezuelans in Rumichaca return to Venezuela due to Covid-19 contingency

The Bolivarian Government continues to guarantee the return of its compatriots abroad in the midst of the Covid-19 pandemic, and despite the brutal economic-financial blockade that the Trump administration insists on sustaining against Venezuela; that is why this Saturday, a new day of the Plan Vuelta a la Patria from Ecuador was activated.

A total of 90 Venezuelans were successfully repatriated from this South American country, through a flight by the state airline Conviasa that departed from the city of Quito.

The must of the nationals, arrived in the Ecuadorian capital after being returned by the Colombian government, which prevented them -as on other occasions- from crossing the Rumichaca International Bridge, a border crossing between Ecuador and Colombia.

The measure, in violation of cooperation agreements, prevented the passage of Venezuelans who, in the midst of economic instability and precariousness -as a result of the pandemic- in the countries where they migrated, decided to return to the country that saw them grow, despite the difficulties resulting from unilateral coercive measures.

The flight, framed in the special operations of the Plan Vuelta a la Patria announced by the Head of State, Nicolás Maduro, had, as in other flights, the pertinent medical-sanitary attention to diagnose possible cases of Covid-19, before boarding the plane. In this sense, all the prevention protocols were followed to avoid the spread of the virus in Venezuelan soil.