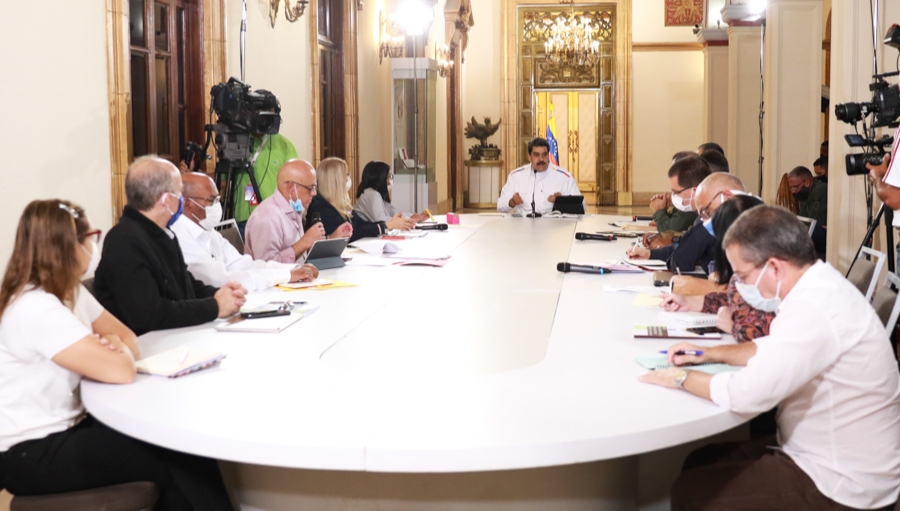 The names of the arrested terrorists are Junior de Jesús Silva Herrera, Antoni José Reyes and Jackson Leiner Taquiva Becerra. “They are mercenaries who sold their homeland,” the Venezuela president pointed out.

President Maduro provided details of how this group did not only plan to assassinate leaders of the Bolivarian Revolution, but also kill civilians, exactly as they did in Afghanistan, Iraq, Libya and other nations where mercenaries have been used to destabilize.

He congratulated security forces of the Bolivarian National Navy for the apprehension of terrorist and urged the communities of the localities of Colonia Tovar and El Junquito to keep on reporting on irregular people they spot in their surroundings.

“The rest of the mercenaries are out there and we are going to capture them all,” he stated.

The Venezuelan president urged the country’s authorities to conduct the respective trials and make them an example of defense of democracy, sovereignty and peace in Venezuela.

“I hope our institutions, the Attorney General’s Office and the courts of the Republic, thoroughly prosecute this macabre plan in the light of the Constitution and laws, and conduct historical and exemplary trials,” stressed Maduro.